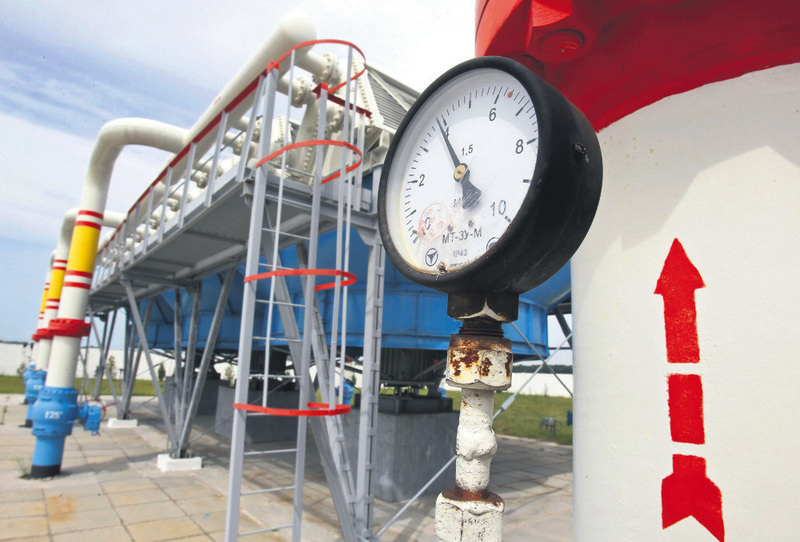 A statement released on the European Union's official website Thursday affirmed that Europe fully supports three energy projects that are of critical importance for the realization of the Turkish Stream natural gas pipeline, and declared them to be "primary" projects that will make Turkey an energy base for Europe. The statement signifies a critical support for the Turkish Stream project, which is planned to carry Russian natural gas to Europe via the Turkish-Greek border. President Recep Tayyip Erdoğan and his Russian counterpart Vladimir Putin decided to continue during bilateral talks at the G20 Antalya Summit. The Tesla pipeline, which will be a pillar of the Turkish Stream and reach Austria from Greece, tops the three projects that the EU has affirmed for Central and Eastern Europe.

During his official visit to Turkey in December 2014, Putin discarded the South Stream project worth 24 billion euros, and instead proposed the Turkish Stream, which will carry Russian natural gas to Turkey via the Black Sea. Following the tension that emerged between Russia and the EU over sanctions, it was reported that Brussels was ill-disposed to this project. With the EU's announcement that it will support the Turkish Stream, all eyes are now on an agreement between Ankara and Moscow for the realization of the project. Turkey stood aloof from the Turkish Stream project until obtaining the conclusive 10.25 percent discount from Russia on the natural gas that it imports from the country. Russia, however, did not put the discount into effect under the condition that it should first receive all contracts about the Turkish Stream project. Putin signaled that this situation, which escalated into a deadlock for both sides, was overcome during the G20 Antalya summit. It is likely that the agreement will be signed during Erdoğan's upcoming official visit to Moscow in December.

Speaking to Daily Sabah about the Turkish Stream, Energy and Natural Resources Minister Ali Rıza Alaboyun said the project has many details, adding: "Parties are striving to clarify the questions of who will cover the expenses of a pipeline that will pass through Turkish territory and whether it will be a transit one." Underlining that Russia is waiting for the new government to be established in Turkey in order to resume the project, Alaboyun said the natural gas flowing from the western line will run out in 2021 while Russian gas flowing through Ukraine is said to run out in 2019. According to the minister, Russia sent a draft to Turkey about the project and Turkey responded to it with an unofficial draft. "The official draft is on the verge of being completed and will be sent to Russia by my successor," he added.

It is said this recovery in Russian-European relations is motivated by the recent terrorist attacks that struck Paris. During his official visit to Turkey in December 2014, Putin discarded the South Stream project and instead proposed the Turkish Stream. It was reported that Brussels was ill-disposed to the project following the tension that emerged between Russia and the EU over sanctions.
RELATED TOPICS