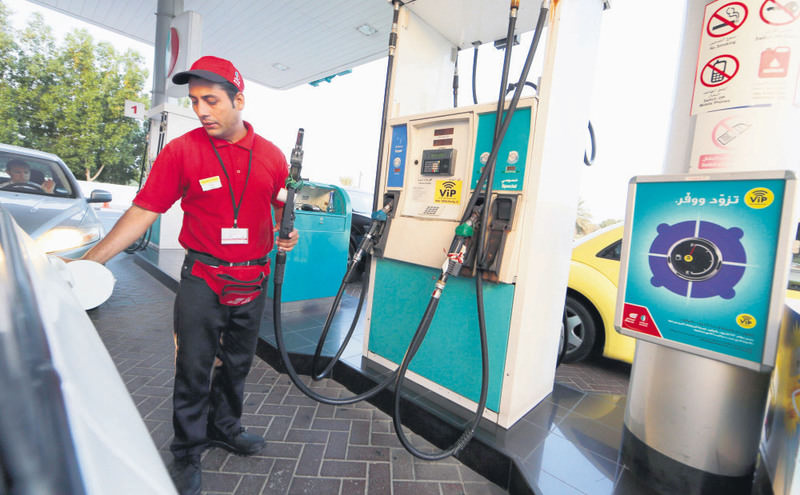 Low oil prices have forced the Gulf States to resort to cutting expenditures and boosting non-oil revenues, although analysts suggest deeper and more sustainable fiscal consolidation and reforms are necessary

Faced with heavy losses from low oil prices, Gulf states have embarked on belt-tightening measures to cut spending and boost non-crude revenues, but analysts warn much more needs to be done. After more than a decade of abundant surpluses thanks to high oil prices, the six Gulf Cooperation Council (GCC) states are projected to post a combined record shortfall of $180 billion in 2015, and the drought is expected to continue for years. Some countries have already cut subsidies, while others are considering measures to reduce their spending.

International Monetary Fund (IMF) Managing Director Christine Lagarde told GCC finance ministers in Qatar this month that "global energy prices could remain low for years" and urged them to adjust their budgets. Lagarde warned that the GCC, which has relied on energy income for 90 percent of their revenues, should reduce dependence on oil and gas.

In 2014, GCC states - Bahrain, Kuwait, Oman, Qatar, Saudi Arabia and the United Arab Emirates (UAE) - posted a small surplus of $24 billion, down from $182 billion the previous year, according to IMF figures. Bahrain, Oman and Saudi Arabia each ended 2014 in the red for the first time since the global financial crisis in 2009. World oil prices have dropped by more than 50 percent since June 2014 and the IMF has projected that it will result in a $275 billion drop in GCC revenues this year. But having amassed a wealth of around $2.7 trillion over the past decade, the IMF advised GCC states to take a gradual approach to implementing reforms and diversifying the economy.

Although the measures may not be easy to enforce in countries that have long offered generous welfare systems, analysts believe this time fiscal consolidation, diversification and reforms must be deeper, long-term and sustainable. "The magnitude of the problem is much larger this time because subsidies and salaries have immensely increased in the past few years - together they form 90 percent of current expenditure[s]," said M. R. Raghu, the head of economic research at the Kuwait Financial Center (Markaz). "They cannot roll back on salaries because [that] is too sensitive," Raghu told Agence France-Presse (AFP).

Spending in Gulf states, mostly on salaries and subsidies, almost doubled to $550 billion between 2008 and 2013, according to IMF statistics. The six nations have a population of 50 million, half of them foreigners, and pump around 18 million barrels per day. The steep rise in expenditures greatly increased the breakeven price for oil, to $106 a barrel in the case of Saudi Arabia from under $70 a few years ago. It is higher for Bahrain and Oman.

The IMF and World Bank estimate that the direct cost of energy subsidies in the GCC was $60 billion last year. Steps taken by the GCC states to cut spending and raise non-oil income have been modest so far. The UAE took the lead by liberalizing fuel prices in June and raised electricity charges in Abu Dhabi. Both measures are expected to save billions of dollars. Having the most diversified economy in the Gulf, the UAE said it has earmarked more than $80 billion for projects away from oil.

Kuwait began selling diesel and kerosene at market prices at the start of 2015. It has cut spending by 17 percent and is in the process of raising petrol prices and charges on electricity and water. However, it has still awarded projects worth a record $30 billion so far this year, according to officials and experts.

Saudi Arabia, for its part, said it was considering delaying "unnecessary" projects and studying energy subsidies reforms. Gas-rich Qatar said it is also considering some spending cuts and reducing subsidies. Oman and Bahrain, the poorest members of the GCC in terms of energy wealth, have announced similar plans. "This is not enough. They have a long way to go," said Shanta Devarajan, World Bank chief economist for the Middle East and North Africa. "This is just the beginning ... the measures must focus on reforms, unemployment and diversification. Much more steps are needed," Devarajan told AFP.

The IMF said Saudi Arabia, Oman and Bahrain will spend all their fiscal reserves in under five years if they fail to take additional austerity measures. "GCC states must be serious this time ... The $100 a barrel days are gone and they have to live with a $40-$50 price," Raghu said.
RELATED TOPICS