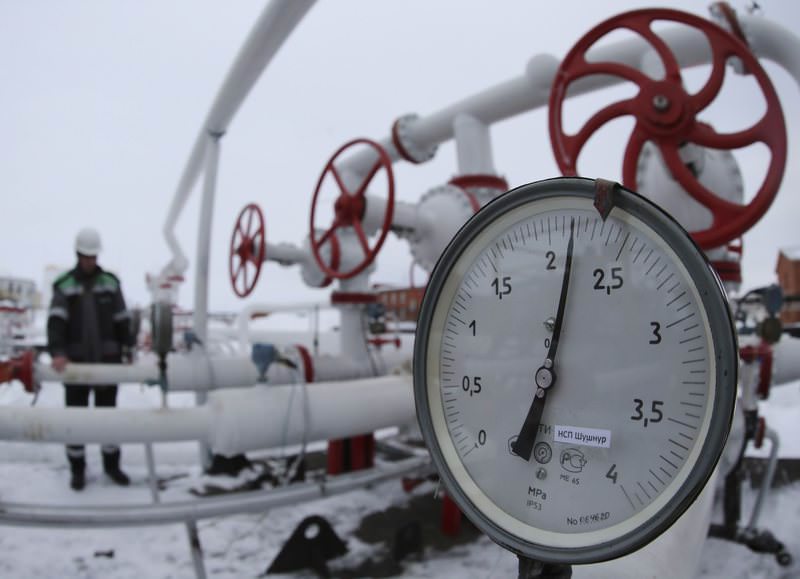 by Daily Sabah with Reuters Dec 02, 2015 12:00 am
Turkey wants to cut its reliance on Russian gas used in cars and households, prompted by a growing chill in ties between Ankara and Moscow after the downing of a Russian jet. It is preparing to cut imports of liquefied petroleum gas (LPG) from Russia by a quarter next year, two sources told Reuters.

Turkey has the most gas-powered motor transport in the world with 40 percent of its vehicles running on LPG. U.S. LPG exporters were likely to benefit by making up the shortfall to Turkey, as would producers in Algeria and Nigeria, traders said. One major Turkish importer said the United States could raise its share in Turkish LPG imports to 12-14 percent in 2016 from 6 percent currently. Russia imposed sanctions on some Turkish goods after Turkey shot down a Russian military jet on Nov. 24, saying it had violated its airspace. Russia refutes that, saying the plane was in Syrian air space.

"Turkish firms are not simply worried about a reduction in LPG deliveries from Russia because of the current situation -- they are already preparing for this," one trader who works in the LPG market told Reuters. "It may be more expensive, but the process of how to ensure future deliveries from elsewhere is being worked out," he added. "We are not just talking about deliveries from Algeria, but from the United States as well." Russia may also adopt further punitive measures on Ankara, including freezing work on the Turkish Stream gas pipeline project, two sources at Russian gas giant Gazprom told Reuters.

Turkey is dependent on Russian natural gas and LPG, but the stakes are high for Russia too. It needs Turkish Stream to increase its own gas supply to Europe, and LPG exporters would have a hard time diverting cargos to other markets. Russia's LPG exports to Turkey are now expected to drop by more than a quarter in 2016, major traders who sell LPG in the Black Sea and the Mediterranean told Reuters.

"I think Russia's exports to Turkey will fall to 0.8 million tonnes from 1.1 million in 2015," said one source with a major international trading company, who declined to be named. About 21 percent of Russia's global LPG exports of 5.2 million tonnes went to Turkey. Exports topped $700 million in 2014 and $1 billion in 2013, according to Reuters calculations based on customs data. "It's going to be difficult for Russia to stop LPG shipments to Turkey," the source said." Diverting those cargoes to other markets requires additional infrastructure and quite some time. Russia, which is at odds with the West, doesn't want to give up cooperation with Turkey, which buys a lot of Russian energy."

Some Turkish traders have already bought LPG from the United States this year as most Russian suppliers were diverting cargos to the more lucrative Ukrainian market, a source with a major international trading company said. "Spot shipments from the United States may rise," said a source with a Turkish terminal operator and wholesaler, also pointing to exports from North and West Africa and France. "There is even a possibility of shipments from the Middle East via the Suez Canal, but the arbitrage is closed right now," he added. "Algeria will certainly be offering better prices for Turkey than the Middle East to retain its dominance on the market."

Some players said negotiations were getting tough and did not rule out that Russia may stop LPG sales to Turkey altogether. "We have agreed (with a Turkish customer) on shipments, we are ready to sign the papers. But we are going to have to put off talks about prices and volumes," one Russian exporter said. "I haven't heard (about a halt in LPG shipments) yet, but it's a possibility," said the source with a major international trading company. Russia's Sibur and Gazprom declined to comment. Rosneft did not reply to a request for comment.

The biggest suppliers in the first nine months of 2015

Biggest consumers of LPG as motor fuel in 2014