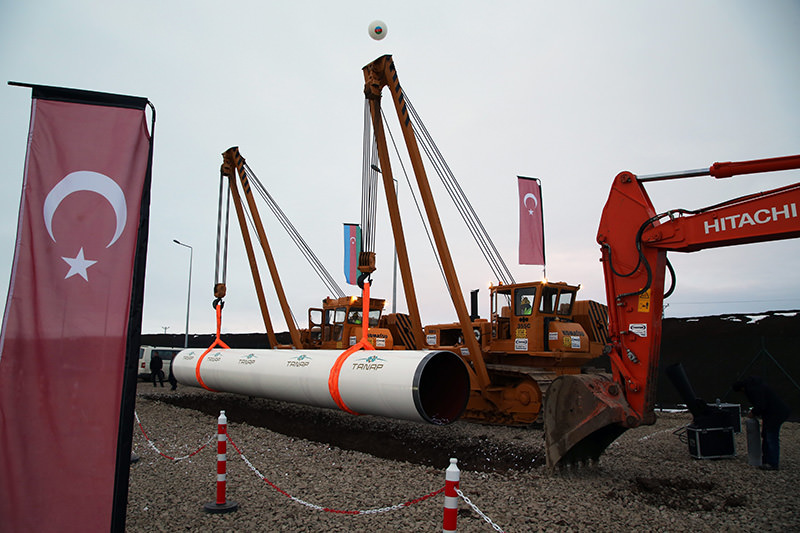 by Daily Sabah Dec 03, 2015 12:00 am
Prime Minister Ahmet Davutoğlu has said on Thursday that energy transfer through Turkey is the safest route, while underscoring that Azerbaijan and Turkey have agreed to finish TANAP gas pipeline before the planned date in 2018.

Davutoğlu spoke at a joint press conference with Azerbaijani President İlham Aliyev, as part of his first official trip abroad following the formation of the government after November 1 elections.

He highlighted the importance of close ties between the two countries, and noted that Turkey and Azerbaijan were rare examples of stability in a region stirred by chaos.