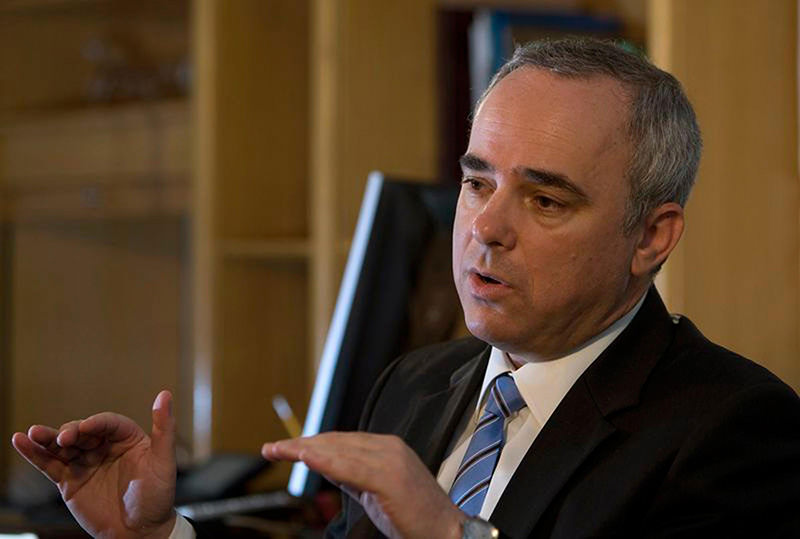 Yuval Steinitz speaks during an interview with Reuters in Jerusalem August 4, 2009.
by Daily Sabah Dec 08, 2015 12:00 am
Israel's National Infrastructure, Energy and Water Minister Yuval Steinitz said at leading economy event on Monday that Israel was planning to advance natural gas exports to markets other than Egypt, such as Jordan, Turkey, and Greece, according to various media reports. Steinitz made the comments at the annual Globes Israel Business Conference, which brought together Israel's leaders and key economic players.

"We have been evaluating, over the past few months, the sale of gas not only to Egypt but also to Jordan, Greece and in the distant future – to Turkey," the Israeli minister said, reported the Israel-based The Jerusalem Post newspaper.

"Relations with Turkey were once good and we have to think about how to renew them. The options of gas exports – there's no need to cancel them. This is a good option," Steinitz reportedly said.

As the normalization process between Ankara and Tel Aviv continues following the Mavi Marmara incident in 2010, the Israeli government is pondering using Turkey to carry energy resources from the Leviathan gas field to Europe: a field which holds 540 billion cubic meters of gas and is the world's largest gas reserve discovered in the past decade.

Carrying Israeli gas to Europe through Turkey is said to be both cheapest and best way to transport the gas; however, Israel is worried about realizing the project without first achieving normalization. Israeli authorities say that they have a lot to lose, so although realization of the project is a high potential, it can be only carried out at "distant future," according to the experts.
Last Update: Dec 08, 2015 4:39 pm
RELATED TOPICS