Ukrainian envoy: We have never interrupted gas flow to Turkey 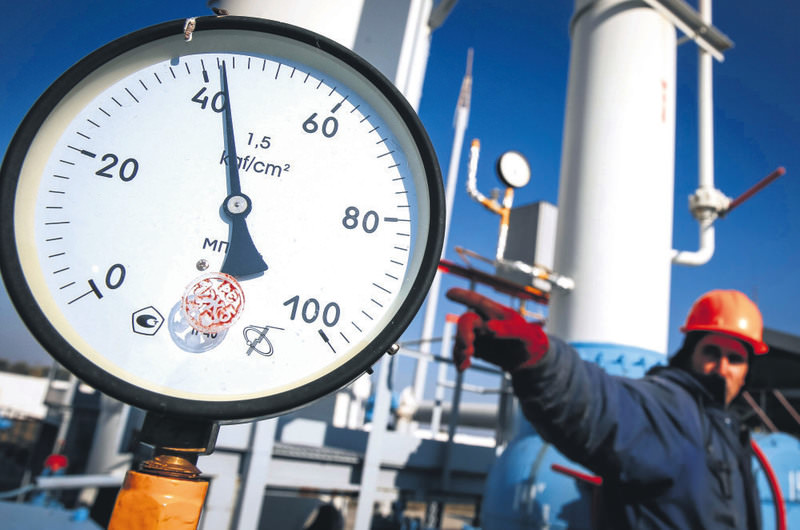 Since biding contracts force Russia to maintain a stable gas supply to Turkey, the country finds new ways to create troubles like claiming technical problems in Ukrainian territory, which according to the Ukrainian envoy

Amid Russian claims that technical problems in the Ukrainian pipeline system might disrupt the Russian gas flow to Turkey, Ukrainian Ambassador to Ankara Sergiy Korsunsky said Ukraine is a strategic partner and friend of Turkey and has never interrupted the gas flow through its territory to Turkey.

Speaking exclusively to Daily Sabah, Korsunsky pointed to Turkey's strategic importance to Ukraine and previous experiences of gas flow disruption to Turkey from Russia. "First of all, I would like to say that there is a lie, there is a big lie and there is Russian propaganda. Ukraine has never ever interrupted the gas flow through its territory. All problems in the past have been created by Russia, which is famous for its use of energy as an instrument of political pressure and intimidation," Korsunsky said.

In a recent interview Russian Ambassador to Turkey Andrey Karlov claimed that some difficulties might take place stemming from Ukraine's pipeline system. "We sell natural gas to Turkey through two important lines - 50 percent of it comes from the pipeline going under the Black Sea, the Blue Stream. The other 50 percent comes through Ukraine. Ukraine is not a reliable country in terms of natural gas delivery in every aspect. Ukraine was stealing natural gas previously from the transit pipeline system. Another technical difficulty is that for 25 years, Ukraine has not spent money for renewal and repair of the natural gas distribution system in its territory. If any breakdown occurs in the pipeline system in Ukraine, what can we do?" Karlov said.

Regarding Russian claims about possible interruptions of the gas flow, Korsunsky said: "Definitely, Ukraine will never disrupt the gas flow that goes through its territory to any of our customers, including Turkey. Ukraine is a strategic partner and a friend of the Republic of Turkey."

Korsunsky also underlined Ukraine's help to Turkey during previous experiences in the problematic gas flows from Russia. "In the past years, when Russia was creating problems by cutting gas delivery via Ukraine, our country provided its own gas from the storage facilities in western Ukraine in order to help Istanbul pass through a period of cold weather. One such case happened in the 2008/09 winter, the second was in 2011/12. Turkey was in dire need at that time and Gazprom rejected a request from BOTAŞ to supply additional volumes of gas. We did the job. And I am a witness of it personally," he said.

Russian-Turkish relations have been tense since Turkey downed a Russian jet after several warnings that it was violating Turkey's airspace. Russian President Vladimir Putin warned that the incident would have "significant consequences" for Turkey's relations with Russia. Following Putin's statements, Moscow put some sanctions on Turkey coupled with harsh statements.

"Putin's Russia is known all over the world as a country that is constantly using its military, political and economic power to commit acts of aggression against neighboring countries. Russia has occupied Ukraine's Crimea and now complains that we do not want to supply electricity to Russian occupants while they are violating all possible human rights against Crimean Tatars," Korsunsky said.

He also refuted claims that the Ukrainian gas distribution system is unreliable. "The Ukrainian gas transportation system is in excellent condition and now is fully integrated into the European technological and legal energy framework. More than that, we are ready to supply Turkey with additional volumes of gas right away, in case of need. Please, be reassured that Ukraine will never let Turkey down," he said.
RELATED TOPICS