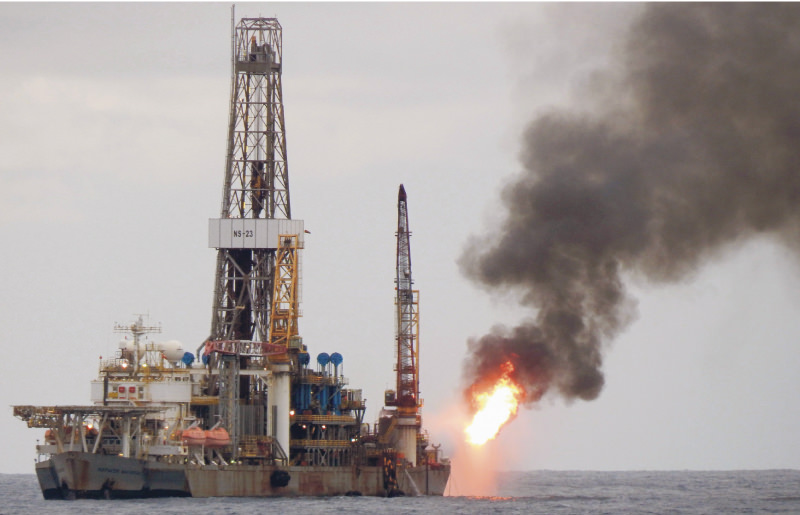 Five Colleges professor of Peace and World Security Studies at Hampshire College, defense correspondent of The Nation magazine, and author, Michael Klare shared with Daily Sabah his views on energy policies and in whose favor it has been evolving as well as analyzing the future of the world economy in terms of energy

Daily Sabah: Do you believe that shale revolution could change the future of energy geopolitics in the world?

Michael Klare: The shale revolution is a very important development that will have a significant impact on global geopolitics, but it is only one of several important factors. The shale revolution is significant because it has shifted the center of gravity of world energy production, at least temporarily, from the Middle East to North America. This, combined with the recent decline in the price of oil, has diminished the geopolitical clout of many existing oil producers, especially Russia and Venezuela. But other factors are also important. For example, the economic slowdown in China has also contributed to the decline in oil prices, and it is unclear when or if China will again experience the double-digit growth it enjoyed in past decades. Likewise, the growth of renewable energy in many places, especially Germany, has diminished the long-term importance of fossil fuels in the global energy mix. China is also devoting enormous resources to the development of renewable technology. It could be, then, that progress in renewable energy will have as much significance as the shale revolution in terms of energy geopolitics.

DS: How could the shale revolution affect the U.S. economy? Could it give advantages to the U.S. against China and other great powers?

MK: The shale revolution has boosted the U.S. economy by making it cheaper to engage in energy-intensive processes, such as petrochemicals, plastics, smelting and fertilizer production. Hence, many companies that might have set up shop elsewhere have settled in the U.S. to enjoy access to low-cost oil and natural gas. However, the sharp decline in the price of oil and natural gas over the recent months has threatened the survival of some U.S. shale producers and the service companies that depend on them for contracts. Meanwhile, Saudi Arabia, which can produce oil for far less than U.S. shale producers, has increased its production, putting further strain on struggling U.S. firms. So, it is very difficult right now to make any predictions about the long-term consequences of the shale revolution.

DS: How do you see the future of the world economy in terms of energy competition?

MK: The world economy appears to be entering a period of prolonged low prices for oil and natural gas, the consequence of excessive supply and insufficient demand. This will prove very difficult for countries like Russia, Nigeria, Mexico and Venezuela that depend heavily on hydrocarbon exports to prop up their economy. Saudi Arabia is in the strongest position of these countries, as it has very large financial reserves. But it, too, could suffer if prices do not rise soon. It could be that low oil prices could prove a benefit for some energy-importing countries, like China, but so far there are no signs of this. Also, many countries pledged to reduce their carbon emissions at the Paris climate summit in December, and this could lead to increased competition for access to renewable technology. This, in turn, could benefit those countries, like China and Germany or U.S. states like California that have taken a leadership role in developing these technologies.

DS: If, as said, the U.S. will be energy independent within a decade or so, can this change the importance of the Middle East in terms of world politics for the U.S.?

MK: The U.S. will probably not become energy independent. It is possible that North America will become energy independent, when Canada and Mexico are included, but it is too early to tell if this will occur. In all likelihood, the U.S. will remain dependent on oil imports at some level, although not as much as in the past. This means that the U.S. will be less dependent on the Middle East for its energy supplies. However, the health of the U.S. economy will still be tied to the health of the world economy, so any major disruption in the supply of oil from the Middle East could lead to higher oil prices worldwide. And, this could prove detrimental to the health of the U.S. economy; hence, the Middle East will remain critical to U.S. foreign policy.

DS: How do you see the future of the Middle East?

MK: I fear that the Middle East will remain a site of turmoil for some time to come, as no government or political force appears capable of bringing order to the region, while the divisions among states, sects and people seem to be growing wider and more explosive. Also, the Middle East is likely to suffer disproportionately from climate change, particularly in terms of drought and water scarcity, and this will add to the disarray in the region. Unfortunately, I do not believe that the international community is inclined to or capable of taking effective action to address these problems.

DS: How could the Iranian deal affect energy politics and U.S. foreign policy in the Middle East?

MK: The Iranian nuclear deal, if it goes ahead, will probably result in a further increase in the global supply of oil without adding to demand, meaning that the era of low prices will continue well into the future with the consequences I described above. As for foreign policy, that's hard to say. If, as many hope, the opening up of trade relations with Iran will lead to a more moderate stance on the part of the regime, this could result in better relations with the U.S. and fresh cooperation on a range of issues, such as combating DAESH. But there is no reason to assume that this will occur.

MK: I do not believe that Iran can be totally integrated into the international system so long as it is governed by hardline clerics who seek to pursue narrow sectarian interests in the region, for example, through support of Hezbollah and the regime of Syrian President Bashar Assad. Perhaps, in time, a more moderate regime will gain power one that is more interested in joining the international community than in pursuing sectarian interests. That would be a revolutionary development, and could lead to U.S.-Iranian cooperation on many issues of mutual interest.

DS: Can Turkey be a pipeline terminal between the Middle East, the Caucasus, the Caspian and the EU?

MK: Turkey can certainly serve as a major distribution hub for energy flows between the Middle East, the Caspian region and the EU. The prospects for this would certainly improve if the Iran nuclear deal goes through and Iran adopts a more moderate stance in regional politics, as well as if the fighting in Syria and Iraq can be brought to a close.
RELATED TOPICS