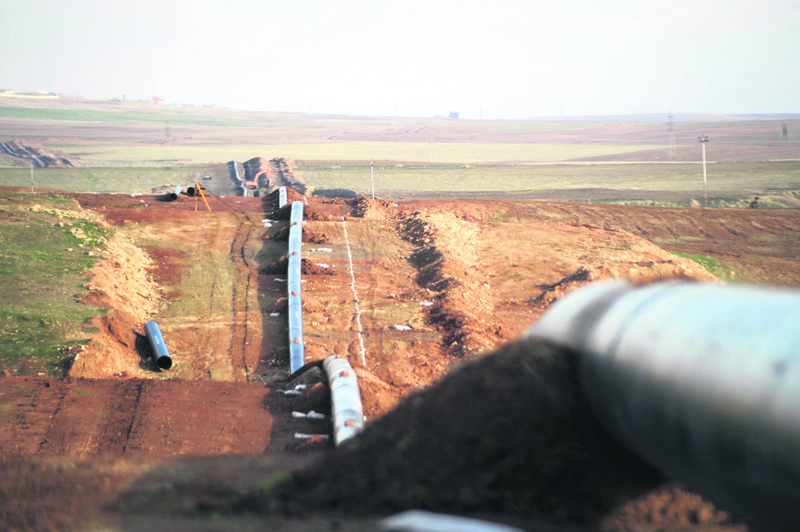 by Daily Sabah with AA Jan 07, 2016 12:00 am
Necat Huseyin, a member of the Kirkuk Province Council's Energy Commission, announced that the construction of the natural gas pipeline to Turkey has begun after the meetings of Kirkuk's local government and Iraq's Kurdistan Regional Government (KRG).

Speaking to Anadolu Agency (AA), Huseyin said they cannot provide an estimation for the construction period.

The first batch of natural gas from the KRG is expected to flow into Turkey within the next two or three years, and 20 billion cubic meters of it are expected to pour into the Turkish market, where it will then reach the European market in early 2020.

The KRG's 5 to 8 trillion cubic feet of natural gas reserves stand out as an important source for Turkey, which has an approximate annual demand of 50 billion cubic meters of gas.

Diversifying natural gas sources and easy access to suppliers have become a top priority for Turkey, especially after relations with Russia soured after the downing of Russian bomber jet that breached Turkish airspace on Nov. 24. The future of the proposed Turkish Stream pipeline, proposed to carry natural gas directly from Russia to Turkey under the Black Sea, is still uncertain due to disagreements between the two countries.
RELATED TOPICS