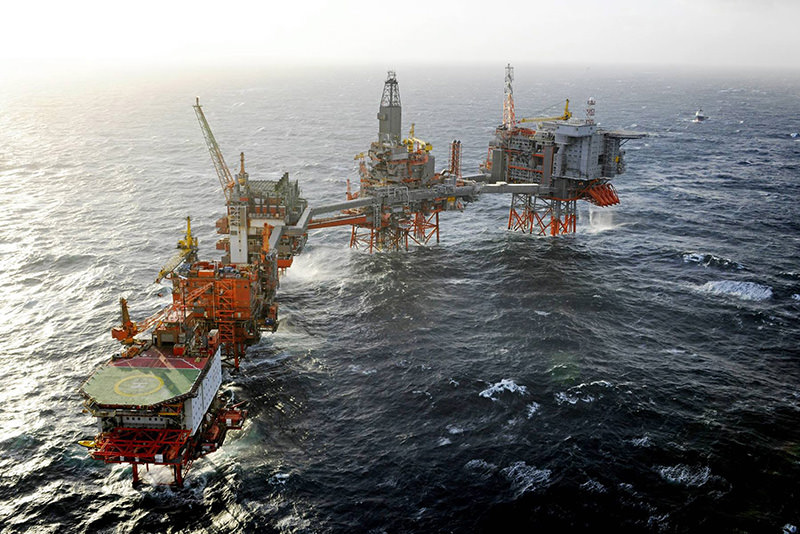 by French Press Agency - AFP Jan 07, 2016 12:00 am
Oil prices plunged close to $33 a barrel on Thursday as crude extended losses on rising US energy stockpiles and China's weakening currency.

Oil erased earlier gains in Asian hours after the People's Bank of China on Thursday weakened the yuan to the lowest since March 2011, a reminder of the August cut that sparked market turmoil.

"Given that oil moved directly after the fixing, that would indicate Chinese demand is going to be hurt by the weaker currency," Angus Nicholson, a market analyst at IG Ltd. in Melbourne, told Bloomberg News.

Demand for crude tends to fall when the US dollar is stronger against currencies of purchasing countries. China is the world's biggest energy consumer.

The US Department of Energy's weekly report on Wednesday showed a sharp drop in US commercial crude inventories of 5.1 million barrels to 482.3 million barrels in the week ending January 1.

"What was unexpected was the overwhelming inventory increase in gasoline and diesel fuel -- the extent of the gasoline inventory build was a very big surprise," said Andy Lipow of Lipow Oil Associates.

"The petroleum product inventory build has led to pressure on crude oil prices because it impacts refining margins and they (refiners) might ultimately cut their demand for crude oil," Lipow said.

The government data also showed a gain in US crude production of 17,000 barrels a day, taking it to 9.22 million barrels a day, the fourth straight week of increases, and a rise in stockpiles at the Cushing oil hub in Oklahoma.
Last Update: Jan 07, 2016 10:20 am
RELATED TOPICS