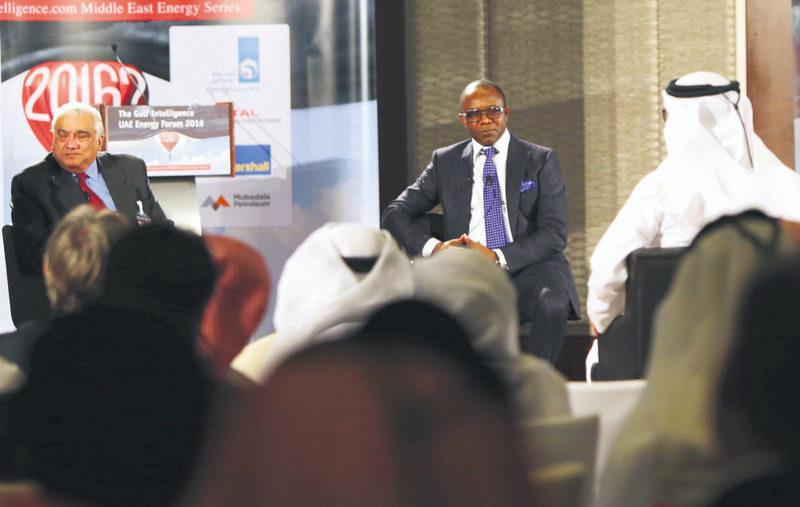 by Compiled from Wire Services Jan 13, 2016 12:00 am
Nigerian Petroleum Minister Emmanuel Ibe Kachikwu said two Organization of Petroleum Exporting Countries (OPEC) member countries called on the organization to hold a meeting on short notice due to the continuously falling oil prices. Kachikwu said Tuesday that he expects an extraordinary meeting of the OPEC oil cartel in "early March" to address nosediving crude prices. "We did say that if it [the price] hits the $35 [per barrel mark], we will begin to look [at] an extraordinary meeting," Kachikwu said, adding that prices have hit levels that necessitate a meeting. Delivering a press statement after an energy conference held in the United Arab Emirates (UAE) capital Abu Dhabi, Kachikwu said the current crisis in oil markets will be addressed during the emergency meeting. Kachikwu added that it is difficult for non-OPEC member countries to reduce oil exports without cooperation.

Beginning the week in a downward trend, the price of one barrel of Brent crude oil dropped to $31.18 on Monday as it was negatively affected by the rise in the dollar demand in international markets. This has been the seventh day in which the regression continued, dropping to $30.41 - the lowest level since April 2004. At the moment, the price of Brent crude oil is standing at $30.75 per barrel, marking a 1.5 percent decline compared to the closure yesterday. Saudi Arabia-led Gulf exporters within OPEC have so far refused to cut production to curb sliding prices, seeking to protect their market share despite a heavy blow to their revenues.

Kachikwu, who was president of OPEC until the end of December, said member states differ on the issue of intervention. "One group feels there is a need to intervene. The other group feels even if we did, we are only 30 to 35 percent of the producers really," as 65 percent of supply comes from non-OPEC countries, he said at the Gulf Intelligence UAE Energy Forum. "Unless you have this 65 percent [of] producers coming back to the table, you really won't make any dramatic difference," he added.
RELATED TOPICS