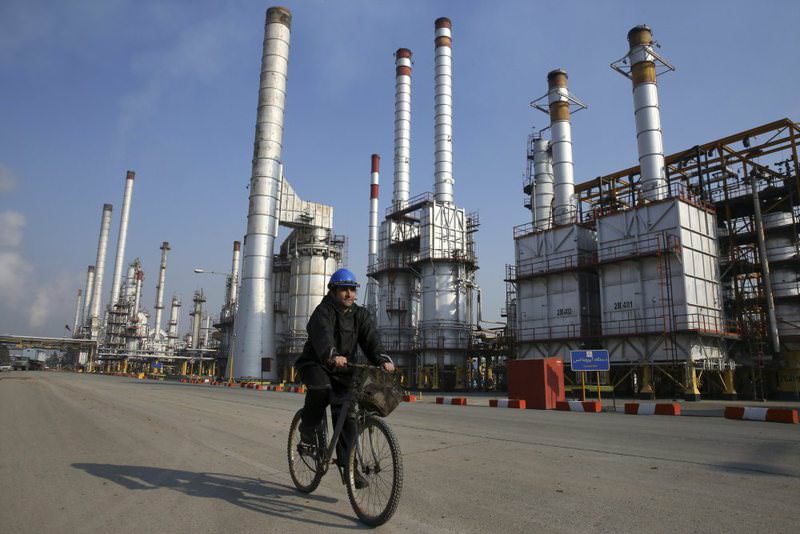 by daily sabah Jan 19, 2016 12:00 am
Iran has issued an order to increase crude oil production by 500,000 barrels a day, the deputy oil minister was quoted as saying on Monday, implementing its policy to boost production as soon as sanctions were lifted. Oil prices hit their lowest on Monday since 2003 as the market braced for additional Iranian exports, but later turned positive. Benchmark Brent crude was trading at around $29.50 at 1200 GMT. "Iran is able to increase its oil production by 500,000 barrels a day after the lifting of sanctions, and the order to increase production was issued today," Deputy Oil Minister Rokneddin Javadi, who also heads the National Iranian Oil Company, was quoted as saying by Shana.

The news led to further sales on the commodity market of oil, which has fallen by about three quarter since mid-2014 owing to the supply glut, record output levels, weak demand and a slowing global economy.

"The drop was due to the Western sanctions on Iran being lifted. This means we will be seeing a bigger oil glut with Iranian crude exports coming back to the market," said Phillip Futures analyst Daniel Ang. He said prices rebounded on some bargain-buying. Ang added that Iran is likely to first sell the oil it has in its storage facilities before considering the ramping-up of production. "They were telling the market that they have quite a bit in storage. Over the longer term, I don't know how much more they can produce, considering prices are so low," he told AFP.

Ric Spooner, chief market analyst at CMC Markets in Sydney, said that while Iranian oil could come in quickly, suppliers still needed to find buyers. "Iran has quite a large storage of oil at the moment. They are in a position to sell that if they choose to do so and increase supply quite quickly," Spooner told AFP. But "they've got to get the buyers and that's one of the key questions," he said. "I think Iran's main priority is going to be re-establishing its customer base and re-establishing its market share. They will want to be doing good, sound, attractive deals for their customers."

Singapore's DBS Bank said in a research note that, adjusted for inflation, oil is now cheaper than at any time since 1998, at the height of the Asian financial crisis.