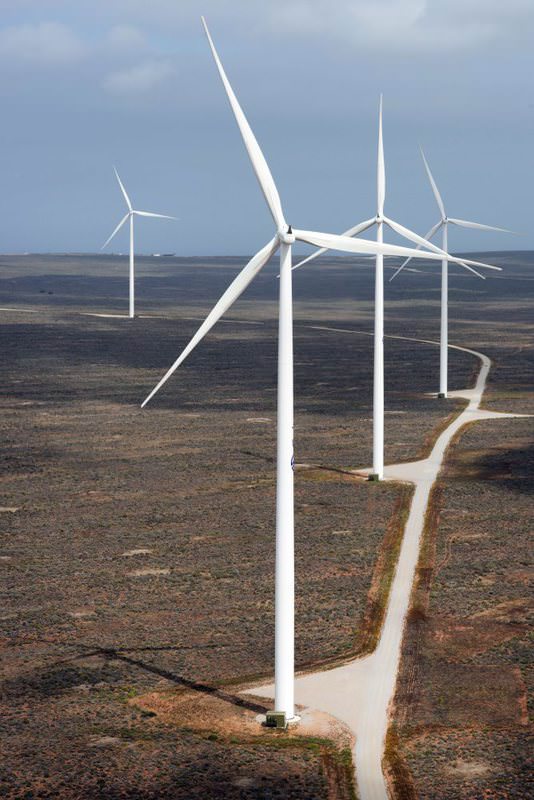 by Feb 05, 2016 12:00 am
A wind farm that would be the largest in the world and power more than a million homes has been given the go-ahead in the United Kingdom.

Offshore wind developer Dong Energy said Wednesday a final decision had been made to construct the 1.2 gigawatt Hornsea Project One scheme off the coast of Yorkshire in northern England.

Scheduled for completion by 2020, the giant development would span 407 square kilometers and use 174 wind turbines, each one 190 meters tall - higher than London's landmark Gherkin tower. Wind energy has grown rapidly in Britain in the past decade, helped by strong winds and suitable geography, now producing 10 percent of Britain's energy needs.
RELATED TOPICS