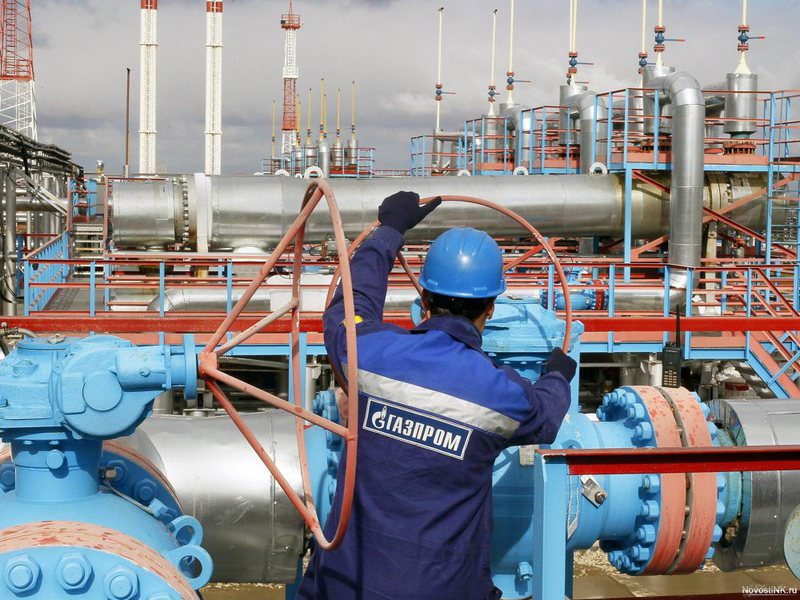 Russia's Gazprom plans to reclaim its share of Europe's gas market using ‘greater flexibility in export contracts'. The state-owned energy giant aims to reduce the price gap between its oil-linked pricing, according to experts

Russian energy giant Gazprom is trying to regain its share of Europe's gas market using "greater flexibility in export contracts," according to a recent statement from the company. Historically, almost all of Gazprom's gas export contracts with European countries were long-term contracts, some spanning 30 years, with the contracted gas price linked to market oil prices. However, with more gas imports becoming available in Europe, mostly through increasing global liquefied natural gas (LNG) supplies, spot gas markets where prices are determined by market participants have become a preferred option for European countries.

"Gazprom wants to reduce the price gap between its oil-linked pricing and the spot price," said Vitaly Kazakov, director of Master of Economics in Energy and Natural Resources (MERE) at the Moscow-based New Economics School, speaking with Anadolu Agency. Kazakov explained that Europe has now followed the trend set in the U.S., where the Henry Hub natural gas spot price was first unbundled from the price of oil.

Gazprom's share of European gas markets has dropped from nearly 35 percent to 25 percent over the last decade, reflecting Gazprom's strategy to deal in oil-based pricing. Spot prices are usually cheaper than Gazprom's oil-based rates, while spot markets offer the option of gas purchases only when gas is needed for shortfalls.

"Gazprom stuck to oil-based pricing," Kazakov said, adding that, "This was Gazprom's version of the 'price over volume' strategy."

Kazakov highlighted the parallel of Gazprom's strategy with OPEC, which had implemented this "price over volume" strategy within the oil market.

"As a result, over the last decade OPEC has been losing volume to new producers; primarily shale oil in the U.S," he said.

According to many global experts and officials, the Saudis are trying to push prices to such low levels that it could result in a threat to control output in the United States and other non-OPEC countries. As the increase in oil supply would push oil prices downwards worldwide, the consequence would eventually be in higher cost oil producers ceasing production and eventually losing their market share.

"So participants [in the energy trade] all over the world need to review their behavior and adapt it to new circumstances," Grivach said, commenting on Gazprom's new pricing strategy. According to Grivach, Russian gas is still very reliable and a competitive energy source for Europe and Turkey, given that Gazprom has a vast resource base, production and transportation capacities, low costs and a good track record of cooperation in the gas business.

Commenting on how Gazprom's new strategy would affect the company's mega-projects such as Turkish Stream, Grivach said due to the recent deterioration in relations between Russia and Turkey, the project currently lacks both political will and long-term contractual guarantees.

The Turkish Stream project, which aimed to carry Russian gas through Turkey to Europe, is frozen, due to an ongoing crisis between Turkey and Russia. The rift between Russian and Turkey arose when on Nov. 24, Turkey shot down a Russian Su-24 fighter, which crashed in the Syrian region of Bayirbucak.

Grivach said that the Nord Stream-2 natural gas project, which plans to deliver gas with a capacity of 55 billion cubic meters beneath the Baltic Sea through a 1,200 kilometer long pipeline to Germany, is currently at the center of political discussions in the EU.

However, eastern and central European states are concerned about the growing dependency on Russia and fear the pipeline project will undermine transit countries such as Poland, Ukraine, Slovakia and the Czech Republic. In addition, it would allow Russia to send its gas to Western Europe directly; depriving transit states billions of dollars in revenue.
Last Update: Feb 08, 2016 4:23 pm
RELATED TOPICS