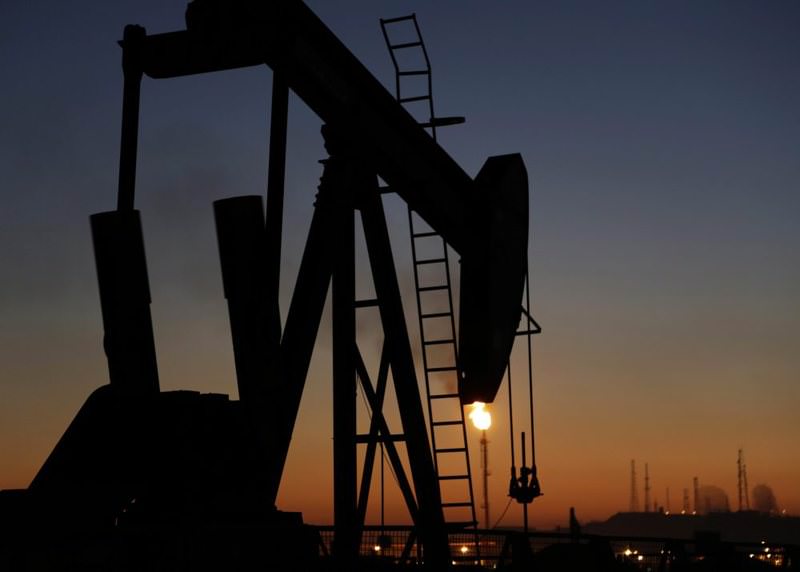 by Feb 18, 2016 12:00 am
Iran signaled on Wednesday it would take a tough line in talks among oil producers on restraining production, saying it would continue increasing its output until it reached levels seen before international sanctions were imposed.

"Asking Iran to freeze its oil production level is illogical... when Iran was under sanctions, some countries raised their output and they caused the drop in oil prices." Iran's OPEC envoy, Mehdi Asali, was quoted as saying by the Shargh daily newspaper.

"How can they expect Iran to cooperate now and pay the price?"

Venezuelan Oil Minister Eulogio Del Pino, Iraqi Oil Minister Adel Abdel Mahdi and Qatari Energy Minister Mohammad bin Saleh al-Sada were to travel to Tehran for talks with their Iranian counterpart Bijan Zanganeh on Wednesday in a bid to reach a deal to restrain output and prop up sagging prices. A spokesman for the Iranian ministry said the talks would begin at 2 p.m. (1030 GMT).

Under a proposal which could lead to the first global oil production deal in 15 years, producers including Saudi Arabia and Russia would freeze their output at January levels. But Saudi Arabia said on Tuesday the deal depended on the cooperation of other big producers. "We have repeatedly said that Iran will increase its crude output until reaching the pre-sanctions production level," Asali was quoted as saying.

Iran exported around 2.5 million barrels per day (bpd) of crude before 2012. Sanctions cut that to around 1.1 million bpd. A Reuters survey released on Jan. 5 showed Iranian production at 2.9 million bpd in December.

The sanctions, imposed over Iran's disputed nuclear programme, were lifted last month after an agreement with world powers, allowing Tehran to resume selling its oil freely in world markets.

Two non-Iranian sources close to the OPEC discussions told Reuters Iran might be offered special terms as part of an output freeze deal.

"Iran is returning to the market and needs to be given a special chance, but it also needs to make some calculations," said one source.

The sources did not elaborate on the special terms, which could be anything from setting limited production increase levels for Iran to linking future output rises to a recovery in oil prices.

The last global deal, involving OPEC and non-OPEC producers, dates back to 2001, when Saudi Arabia persuaded Mexico, Norway and Russia to contribute to production cuts, although Moscow never followed through and raised exports instead.

The fact that output from Saudi Arabia and Russia is near record highs complicates chances for any new agreement. The price of benchmark Brent crude rose as high as $35.55 a barrel on Tuesday on hopes for a production deal, but it has since dropped back to $32.15, showing many investors doubt an agreement can be reached, that it would be respected, and would boost oil prices much.

United Arab Emirates oil minister Suhail bin Mohammed al-Mazrouei tweeted on Tuesday that the country's oil policy was open to cooperation with all producers toward the mutual interest of market stability. He did not elaborate.

Kuwait said late on Tuesday it was committed to an agreement to freeze output provided other producers backed it.