Wider use of Turkish coal to decrease gas imports by $7.2 billion 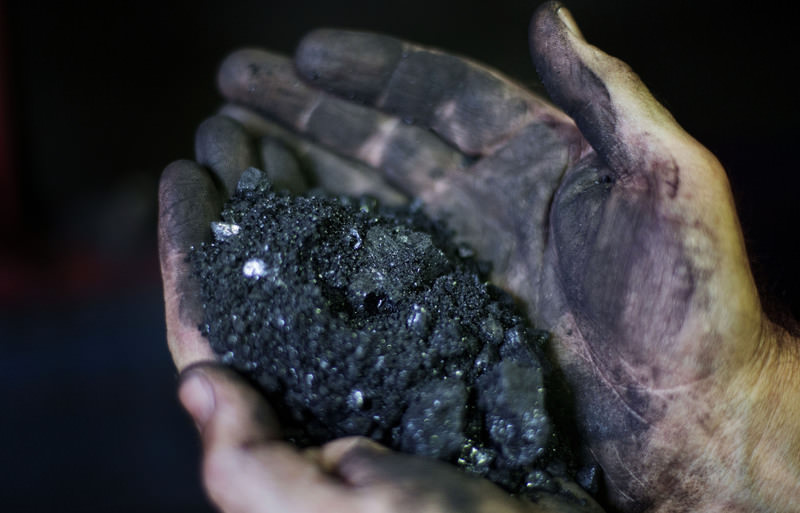 Turkey is capable of reaching maximum levels in coal production, potentially saving $7.2 billion in natural gas imports according to data compiled for the 2016 Budget Presentation of the Energy and Natural Resources Ministry.
by Daily Sabah Feb 24, 2016 12:00 am

In line with one of Turkey's primary targets to diversify its energy sources and minimize its dependency on imports, the Energy and Natural Resources Ministry underlines the production of coal as a substitute for $7.2 billion worth of natural gas imports

While the government is focused on transforming 70 percent of Turkey's demand for energy imports more on the use of local energy resources, data compiled for the 2016 Budget Presentation of the Energy and Natural Resources Ministry indicates that the country is capable of reaching maximum levels in coal production, potentially saving $7.2 billion in natural gas imports.

Numerous projects are being implemented to increase underground coal production, with research and development projects being undertaken to make coal consumption more environmentally efficient and to expand the versatility of coal as a fossil fuel. The projects aim to ensure that the economy benefits from its coal reserves. The estimated potential in production of lignite coal - a local resource used in energy production in accordance with Turkey's Coal Strategy - is around 25, 000 megawatts. Once this capacity is commissioned, 32.5 billion cubic meters of natural gas - worth $7.2 billion - can be eliminated from current energy imports.

According to the 2016 Budget Presentation, projects to develop new incentives and revise current incentives in accordance with sector requirements will be granted for investments in electricity production plants, ultimately generating electricity through domestically mined coal. Moreover, search and mining efforts for the discovery of local coal fields will be expedited, and a new funding method will be developed and implemented that allows companies to benefit from large lignite coal fields such as Afşin-Elbistan along with evaluations of lower capacity reserves. These are some of the goals that will be conducted in the coal mining and electricity generating sectors via local coal reserves in the near future.

Meanwhile, Energy and Natural Resources Minister Berat Albayrak unveiled an updated road map for the energy sector early this month, noting that the amount of investment required in the energy sector is expected to exceed $110 billion while $16 billion in contracts will be available to local firms for the production of equipment and materials for the Akkuyu and Sinop nuclear power plants. Moreover, single-country dependency on superpowers such as Russia is expected to drop by as much as 50 percent by the end of 2019. Thus, policymaking in the energy sector is based on the concepts of "security of supply, alternative energy resources, variety of resources, the inclusion of local and renewable energy resources in the economy, the deregulation of energy markets and productivity in energy production," according to the ministry.

Priority will be given to local resources while the share of resources in energy supply will be increased, widening the number of supplier countries for crude oil and natural gas. These measures are expected to lower the risks associated with foreign imports. Furthermore, the share of electricity production derived from natural gas will stay below 38 percent of total production until the end of 2019, according to the roadmap.
RELATED TOPICS