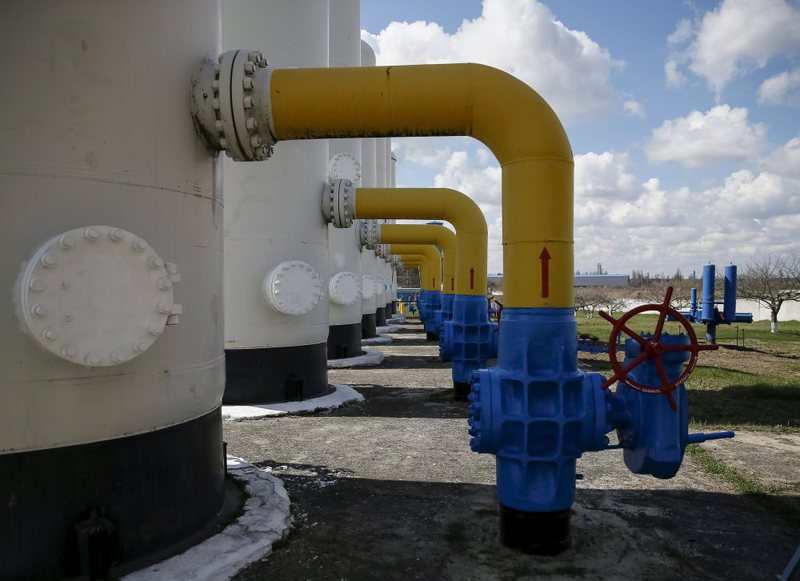 Russia has been trying to find new markets to export its products, particularly its vast reserves of energy products.
by Anadolu Agency Mar 02, 2016 12:00 am

In parallel with strengthening its diplomatic position in the Middle East, Russia is seeking ways to find new markets to export its energy products, halal food and infrastructure projects in the region with the aim of stimulating its economy, which has been in recession

Russia's increased military activities in the Middle East is swelling in parallel with its economic presence, but this is seen as a short-term attempt to benefit from the United States' withdrawal from the region. Since the start of the crisis in Ukraine in late 2013, Russia has been facing sanctions from many major Western powers as a consequence of its actions there. The country has been trying to find new markets to export its products, particularly its vast sources of energy products.

In an attempt to cope with the economic crisis it has faced in the last two years, Russia now aims to increase its halal food product exports and energy infrastructure projects along with its soaring supply of security and military equipment to the Middle East.

"This looks more like another shallow, short-term attempt to demonstrate that Moscow does not need the West, rather than a viable long-term strategy or viable relationship," Dr. Agnia Grigas, an independent energy and policy consultant and the author of "Beyond Crimea," told Anadolu Agency. Noting that Russia's agricultural and food sector is underperforming, Grigas said it would be surprising if Russia managed in the near term to successfully build up significant production of halal foods for exports. "While some Middle Eastern countries' regimes may support Russia's efforts to bring stability to Syria, their longer term interests face tensions and contradictions," she said.

According to Russia's Ministry of Economic Development, the growth in agricultural production in the country in 2015 was 1.1 percent against 3.7 percent in 2014.

Another expert, Dr. Murhaf Jouejati, a scholar from Washington-based Middle East Institute, stressed that Moscow is seizing the opportunity to return to the Middle East, taking advantage of the evident U.S. retreat from the region under President Barack Obama's administration.

Emphasizing that U.S.-Saudi relations began souring since President Hosni Mubarak's ouster in Egypt and with the recent nuclear deal with Iran, Jouejati said that the opening of Saudi Arabia and other like-minded states' markets to Russian goods could be interpreted as a message to Washington. "Those countries are also putting their eggs in more than one basket," he said, stressing that they do not want to rely too much on U.S. support.

Saudi officials vehemently voiced their support for former Egyptian President Hosni Mubarak during the 2011 Egyptian revolution, while former Saudi ambassador to the U.S., Prince Bandar bin Sultan, criticized the nuclear deal with Iran and said it was a replica of the deal made between former U.S. President Bill Clinton and North Korea.

"Russian military efforts in the region have much more to do with countering what Russia considers the Western destabilization strategy internationally," Dergin said, adding: "For instance, the West supported the Syrian opposition for the goal of regime change, which Russia considers as a primary threat and could be used against them in the future."

Underlining the parallel relationship between Russia's stalwart actions in the region to counter DAESH as well as its support of its allies in a time of conflict with renewed economic collaborative projects, Dergin said their role is viewed favorably across the region, despite Russia's support of the Syrian government.

"Russian influence in the region is at the highest it has been since the downfall of the Soviet Union, and while American weaponry is still the most desired in the region, there has been an uptick in Russian arms sales that now account for approximately 30 percent of the total arms purchases by Middle Eastern governments," Dergin said.

According to a recent report from the Stockholm International Peace Research Institute, Russia entered the list of the world's biggest arms exporters, selling 25 percent of the total amount of weapons sold in the last five years. Imports of military equipment in the Middle East increased by 61 percent in the last five years, mainly driven by Saudi Arabia, the United Arab Emirates, Qatar and Egypt.
RELATED TOPICS