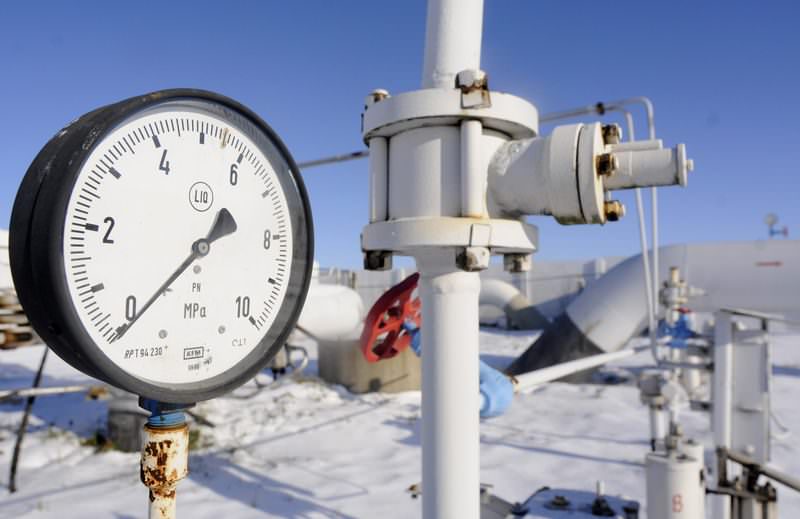 Regarding the long-awaited Turkish Stream Pipeline Project, Gazprom Board Member Aksyutin stressed that relations between Turkey and Russia should normalize before concrete steps can be taken to realize the project

According to Russian news agency RIA Novosti, regarding the Turkish Stream natural gas pipeline project, Board of Directors member Oleg Aksyutin noted that they are waiting for relations between Russia and Turkey to return to normal. "After relations between the two countries return to normal, the signing process of the agreement between the two governments will become clear," said Aksyutin. Stating that the project will strengthen Gazprom's situation in Europe, Aksyutin added that with this project, natural gas delivery risks will be eliminated and trust in Russian gas can be restored.

Meanwhile, according to Anadolu Agency (AA) in January, negotiations between representatives of the Russian energy giant Gazprom and Turkish firms over whether a previously applied price discount on imported Russian gas would continue to apply in 2016 are still in progress, which is in line with information received from Gazprom sources.   Earlier in the day AA reported that six private Turkish companies had said they would no longer be able to utilize the 10.25 percent discount, according to notifications they received from Gazprom. The 10.25 percent price discount for the companies had been in effect since Jan. 1, 2015.

The natural gas trade between Turkey and Russia became an issue after Turkey downed a Russian Su-24 jet on Nov. 24 for violating Turkish airspace along the Syrian border, and political tensions were followed by economic sanctions. The Russian government banned Turkish produce and industrial goods from entering Russia and began refusing work permits to Turkish workers in Russia. While Moscow has damaged its reputation as a reliable trade partner in Ankara's eyes, state-run Gazprom announced that they will continue to supply the gas promised under the agreement. Yet, natural gas prices were not an issue that emerged between the two countries after the jet-downing crisis.

During his visit to Turkey in December 2014, Russian President Vladimir Putin announced that Moscow had scrapped the South Stream pipeline project, which was to carry Russian natural gas to Europe via Bulgaria, and replaced it with the planned Turkish Stream pipeline instead. The Turkish Stream pipeline project was designed to carry natural gas to Europe over the Turkish-Greek border, but negotiations over a possible natural gas deal between Turkey and Russia have encountered constant delays due to both parties push for the other to sign the deal first. Russia promised to provide a 10.25 percent discount to BOTAŞ, but Gazprom did not apply it. It insisted that Turkey must first approve the proposed pipeline project. Six private Turkish gas companies have yet to get a discount as per the agreement, which ended in January.

The first direct gas pipeline between Russia and Turkey was Blue Stream, commissioned in 2005, with an expansion plan later replaced by South Stream, itself abandoned in 2014. In 2009, Putin proposed a line parallel to Blue Stream 1 under the Black Sea, from Samsun to Ceyhan and further to Syria, Lebanon, Israel and Cyprus.

In November 2015 after the Russian Sukhoi Su-24 was downed, Russia's Economic Development minister stated that the Turkish Stream gas pipeline project falls under the restrictive measures against Turkey. On Dec. 5, 2015, Turkish President Recep Tayyip Erdoğan formally terminated the Turkish Stream project, although claiming the decision was because of Russian "non-compliance" with Turkish demands surrounding the project.