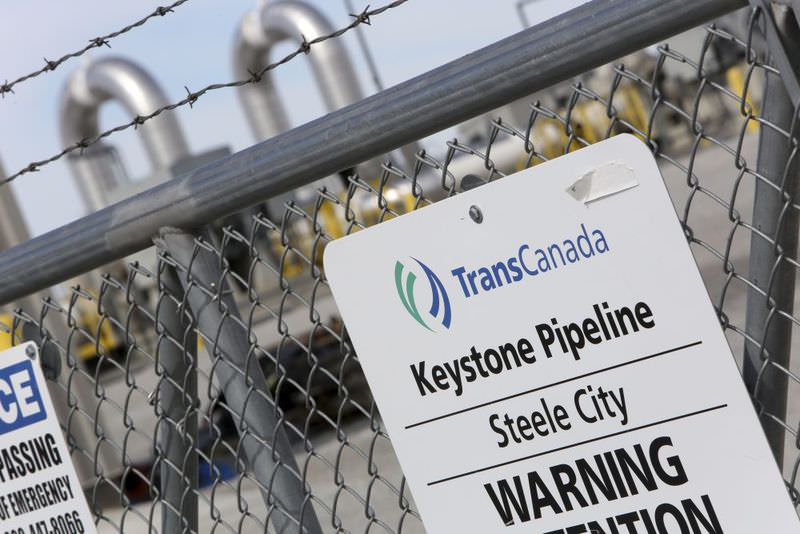 Canadian pipeline operator TransCanada, the company behind the controversial Keystone XL pipeline that was rejected by Washington, announced Thursday a $13 billion acquisition of Columbia Pipeline Group of Houston, Texas. The purchase price includes taking on Columbia's $2.8 billion in debt. Under the agreement, Columbia shareholders will receive $25.50 per share, which represents an 11 percent premium on its closing price Wednesday on the New York Stock Exchange, TransCanada said in a statement.

There is currently an oversupply of pipelines in the United States, and oil and gas asset valuations are at near-historic lows.

But despite low energy prices, U.S. natural gas production has continued to grow and is expected to continue to do so with expectations of more exports.

With the addition of Columbia's 24,000 kilometer network, the combined company will oversee a North American pipeline grid of 91,000 kilometers linking the continent's "most prolific natural gas supply basins to its most attractive markets," TransCanada said. Columbia has a natural gas network spanning the eastern United States from New York to the Gulf of Mexico, and storage facilities in the Marcellus and Utica shale gas regions.

These basins straddle the states of Ohio, New York, Pennsylvania and West Virginia in the Appalachian mountain range.

The agreement, which must still be endorsed by Columbia's shareholders and regulatory authorities, is scheduled to come into force in the second half of the year.

In the short term, TransCanada plans to finance the transaction with a loan from a banking syndicate. The group will repay the loan by selling assets including its minority stake in gas pipelines in Mexico, as well as a new share issue. Before the Columbia deal was announced, TransCanada's stock closed 3.76 percent higher at $38.08 in New York.

After failing last year to get U.S. approval for its controversial Keystone XL project, TransCanada turned it focus to building up its North American network.

But the Obama administration decided in October to deny the Canadian company a permit to construct a key section of the pipeline across the U.S.-Canada border, ruling it would hinder the fight against climate change. In January, TransCanada complained that the seven-year delay and ultimate decision to deny the permit were politically driven, and vowed to seek $15 billion from the U.S. government for blocking construction of the pipeline.

In addition to the Columbia deal, the company is also seeking to build a new Can$15.7 billion pan-Canadian pipeline from Alberta to the Atlantic Coast, capable of carrying 1.1 million barrels of oil per day. But it is also facing opposition from environmental activists and the Quebec government.