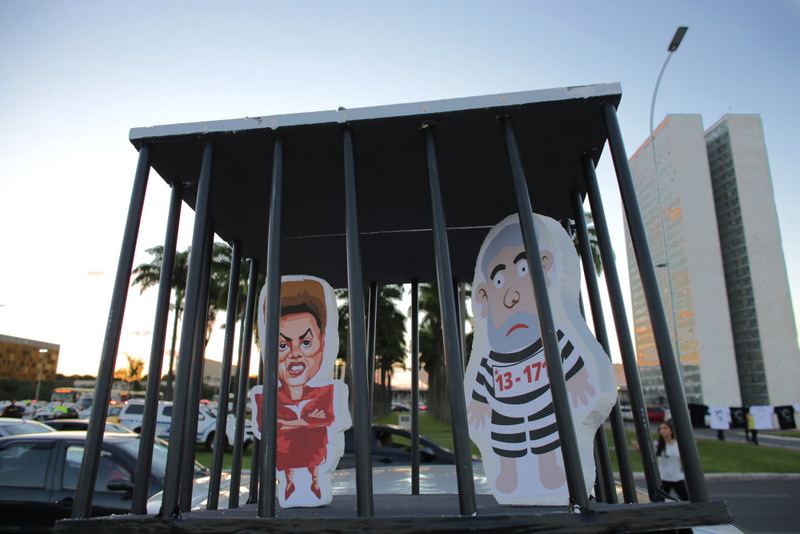 Brazil's state-run oil company, Petrobras, reported a record quarterly loss of $10.2 billion Monday due to a large reduction in the value of some assets amid lower oil prices. Petrobras has been at the center of a sprawling corruption scandal that has ensnared some of Brazil's most powerful lawmakers and business executives.

The embattled company said it lost 36.9 billion reais, or $10.2 billion, in the fourth quarter. That brought its full-year 2015 result to a $9.6 billion loss. Net sales, or total sales minus sales taxes, was $23.5 billion for the quarter. Adjusted earnings before interest, taxes, depreciation and amortization totaled $4.7 billion. Once the crown jewel of Brazil's government, Petrobras' image quickly lost its luster amid mismanagement and corruption. The discovery of huge offshore oil reserves in 2007 had been supposed to vault Brazil into the top tier of oil and gas producing nations. Then President Luiz Inacio Lula da Silva hailed the discoveries as an economic salvation for Brazil's millions of poor.

But the investigation into widespread bribery at Brazil's biggest company has eroded Brazilians' trust in the political and business elite. Police questioned Silva earlier this month as part of the investigation. The once highly popular former president has said he committed no wrongdoing and suggests the probes are part of a political smear campaign. The Petrobras scandal has also badly hurt President Dilma Rousseff, Silva's hand-chosen successor who led the Petrobras board for several years as the alleged bribery scheme played out. Brazil also is mired in its worst recession in decades, and it is ground zero for the Zika virus outbreak that has spread across the Americas as Rio de Janeiro prepares to host the Olympics in August.