Angry motorists line up for fuel across Nigeria 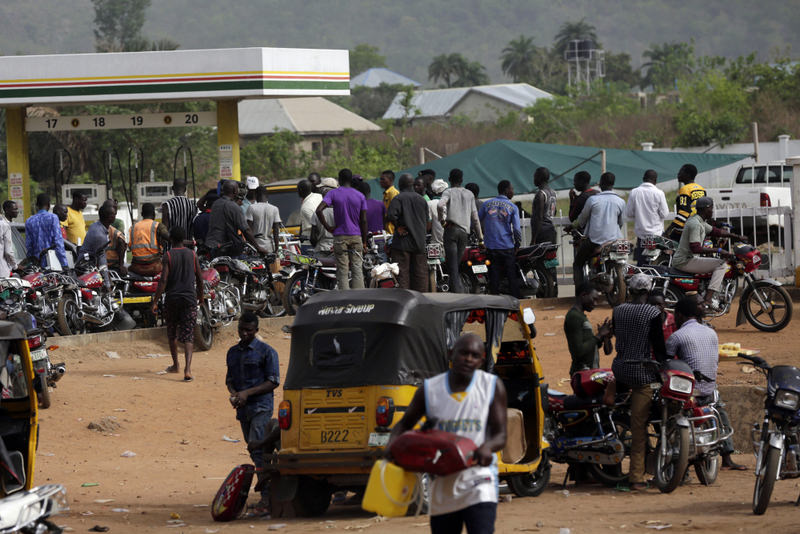 by Apr 06, 2016 12:00 am
Angry motorists queued overnight at petrol stations across Nigeria and lines of cars blocked traffic in the commercial capital Lagos yesterday as the worst fuel shortages for years hit Africa's top oil producer.

President Muhammadu Buhari was elected in March 2015 on a ticket to end the mismanagement and corruption that have kept many of the 180 million people in Nigeria in poverty, despite the country's oil wealth. But a slump in oil revenues after a slide in global crude prices has plunged the Africa's biggest economy into its worst crisis for decades, with the supplies of dollars needed to pay for fuel and other crucial imports drying up.

Buhari's All Progressives Conference party (APC) and ministers have come under fire for not getting agreements in place quickly enough to swap Nigeria's crude oil for fuels such as gasoline, and keep vehicles running.

"We've slept here in the queue since yesterday night but there is no fuel," said Thomas Udoh, a driver in a queue for a petrol station stretching for kilometres in Lagos. "I voted for APC for change, but ... is this the change? This is very painful," Udoh said.

Many people did not make it to work in Lagos yesterday, a sprawling metropolis of more than 20 million people, with even some small side streets jammed by queuing cars. Despite pumping 1.8 million barrels of oil a day, Nigeria imports most of its fuel as its outdated refineries are often out of action. Analysts say fraud at a subsidised petrol scheme is also leading to the shortages that have steadily worsened.

Nigeria has often been hit by strikes by unpaid oil marketers hampering supplies, but these disruptions have usually been fixed by the government relatively quickly. This time the crisis has dragged on for more than a month and the situation has deteriorated in the past few days, despite assurances by the state oil firm head Emmanuel Ibe Kachikwu, that the queues would disappear this week.

Last week, he said the Nigerian National Petroleum Corporation (NNPC) had reached deals with international oil companies for them to help provide hard currency to fund fuel imports, but motorists had little faith in a quick fix. "The whole thing is not working out, you can see there are queues everywhere," said Ankele James, an accountant in Lagos stuck in a queue for fuel. "I have been here since yesterday."