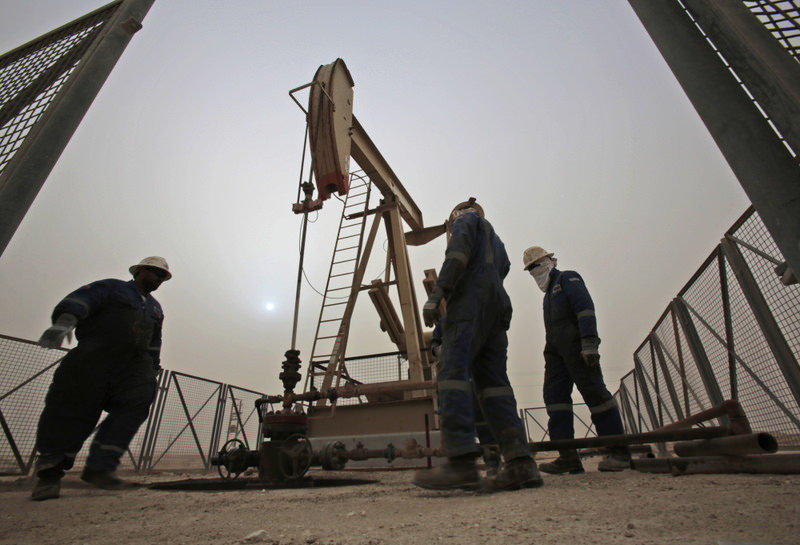 Oil-producing countries met Sunday in Qatar to discuss a possible freeze of production to counter low global prices, but Iran's decision to not participate could dilute the impact of any agreement

Major oil producers gathered in Qatar on Sunday for crucial talks on capping production to boost prices, despite Iran's refusal to take part. Top energy officials from some 15 countries including Saudi Arabia and Russia were at the Doha talks, amid reports a draft agreement was in the works to freeze output at January levels until at least October.

Major producers both inside and outside the Organization of the Petroleum Exporting Countries are anxious to stem a market nosedive that has cost exporters billions in lost revenue. From above $100 in mid-2014, oil prices dropped to 13-year lows of around $27 in February due to a supply glut, though they have since rebounded to about $40.

Ecuadoran Hydrocarbons Minister Carlos Pareja told reporters that his country would support a plan to freeze output until at least October. He said proposals under discussion also call for "setting up a committee to monitor the freeze," but provided no further details. Pareja warned that if no action were taken "there will be huge damage to the oil industry."

Russia's RIA Novosti news agency also quoted Azerbaijani Energy Minister Natiq Aliyev as saying the draft included the output freeze at January levels until October. The meeting in Doha is a follow-up to talks in February between OPEC members Saudi Arabia, Qatar and Venezuela plus Russia in which they first mooted the output freeze.

Saudi Arabia has insisted that all major producers must be on board for the freeze to work, including fellow OPEC member and regional rival Iran. But Tehran, which has boosted production following the lifting of sanctions under its nuclear deal with world powers, has rejected any talk of a freeze. Iran had initially said its OPEC representative would participate in the talks but on Sunday Oil Minister Bijan Zanganeh announced Tehran would send no delegation at all.

"The Doha meeting is for people who want to participate in the production freeze plan... but since Iran isn't expected to sign up to the plan the presence of an Iranian representative isn't necessary," Zanganeh was quoted as saying by the Shana news agency.

"Iran will in no way give up its historic production quota," Zanganeh said.

Influential Saudi deputy crown prince Mohamed bin Salman reiterated in an interview with Bloomberg published on Saturday that the kingdom would not accept a freeze without Tehran's cooperation. But Kuwaiti oil expert Kamel al-Harami said a freeze agreement was still possible even without Iran.

"Iran is unable to add more than 500,000 barrels per day (bpd) to its production by the end of the year," Harami told AFP in Doha. "I believe this will not greatly impact the meeting," he said.

OPEC said on Wednesday that Iranian oil production in March was 3.3 million bpd, up from 2.9 million in January, but still short of its pre-embargo level of around 4.0 million. OPEC said its members pumped 32.25 million bpd in March - with Saudi Arabia accounting for nearly a third - up from an average of 31.85 million bpd in 2015.

Saudi Arabia has refused to cut production despite the price fall, as it seeks to drive less-competitive players, especially U.S. shale producers, out of the market. But pressure has been building as falling oil revenues hit state coffers, with Riyadh set this year to post a record budget deficit.

Host country Qatar said "an atmosphere of optimism" spread on the eve of the meeting. Kuwait's acting oil minister Anas al-Saleh told reporters on arrival in Doha that "he was optimistic" about the success of the conference, which took place as thousands of oil workers in his country began an open-ended strike Sunday to protest against a government proposal to cut their wages. If prolonged, the strike could slash production.
RELATED TOPICS