Shares and currencies follow oil down after Doha disappointment 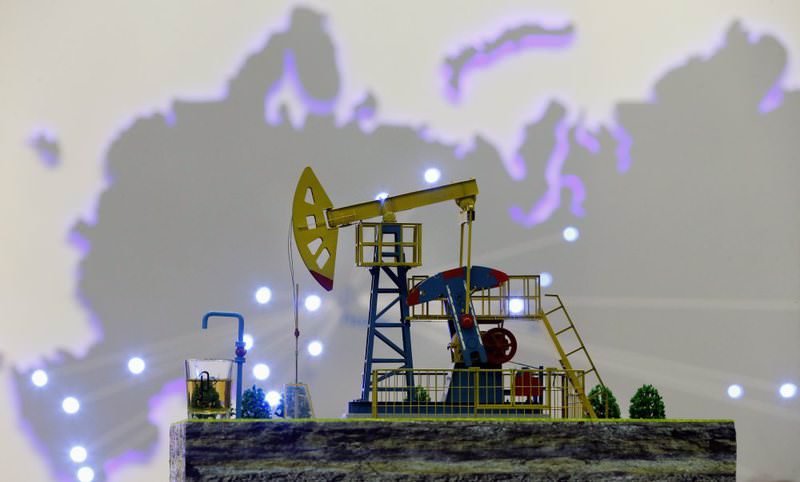 by Apr 19, 2016 12:00 am
A dive in oil prices sent stock markets lower on Monday after producers meeting in Qatar failed to agree on a plan to curb global supply, quashing the more optimistic tone that had prevailed for much of the past week.

Japan's Nikkei index led the way, tumbling more than 3 percent after a devastating earthquake in the southwest of the country, with signs from a summit in Washington that other Group of 20 governments opposes intervention to weaken the yen also playing a role. Losses in Hong Kong and Shanghai ranged around 1 percent and oil prices were down 3 percent, pushing U.S. crude below $40 for the first time in a week. Still, the falls on European markets eased as morning trade progressed and Wall Street was set to open only a third of a percent lower, helped by a gain for Morgan Stanley after its profits sank but beat forecasts.

Some 18 oil-exporting nations, including OPEC members, had gathered in Doha, the capital of Qatar, over the weekend in an attempt to agree to stabilize output at January levels until October 2016. The pact fell apart after Saudi Arabia demanded that Iran join in. Concerns that falling oil prices will thwart efforts to get prices rising across the developed world have been at the heart of worries over growth and the broader health of the economy since the start of this year. The other big concerns have been Chinese growth and another round of profit warnings and cost cuts at banks. Morgan Stanley's profits fell by more than 50 percent, but were strong enough compared to expectations to prod shares 2 percent higher.

The yen, traditionally a target for capital in times of global stress, hit a 3-year high against the euro in response. It rose half a percent against the dollar but was still well short of highs of 107.63 yen per dollar hit a week ago. Shares in Sony Corp, which has a plant in the Kumamoto area at the center of Saturday's quake, fell almost 7 percent. Toyota Motor Corp tumbled 4.8 percent after it suspended production across Japan due to disruptions to its supply chain.

One big exception to the rule was Brazil, where stock market futures jumped 2.5 percent after a vote to impeach President Dilma Rousseff that looked set to force her from office after 13 years of leftist Workers Party rule. The real rose more than 1 percent. The ruble fell as much as 3 percent against the dollar on Monday, and emerging stocks' seven-day long winning streak ended after oil producers' failure to reach a deal on curbing output pushed crude prices lower.

"Reality finally dawned ... that the Saudis are the key market setters for the oil price and they prefer it lower rather than higher, given their geopolitical tussle for regional supremacy with Iran," Nomura's Tim Ash said. The ruble hit a low of 68.80 per dollar while Russian dollar-denominated shares lost almost 3 percent and Russian 5-year credit default swaps rose 10 basis points (bps) to 283 bps according to Markit data.

In Asia, Malaysia's ringgit, also highly geared to commodity price moves, touched a near three-week low. South Africa's rand fell 0.3 percent lower on the back of weaker metals prices, while stocks lost 0.54 percent. A South African central banker said at the weekend that persistent breaches of the inflation target would require a policy response.

Poland's zloty edged 0.15 percent lower, hovering near one month lows against the euro, but the Hungarian forint firmed slightly, near four-week highs hit on Friday. Ukraine's dollar-denominated bonds were slightly firmer across the curve, shrugging off comments from the new finance minister who said he might ask the IMF to revise the criteria under which it disburses loans to Kiev. Elsewhere, Argentina will start book building for its new bond on Monday, as it returns to global capital markets after a 15-year absence. The yield premium paid by Argentine sovereign bonds over U.S. Treasuries on the JP Morgan EMBI Global index were steady, just off eight-year lows hit last week. Moody's upgraded Argentina late on Friday to B3 with a stable outlook.