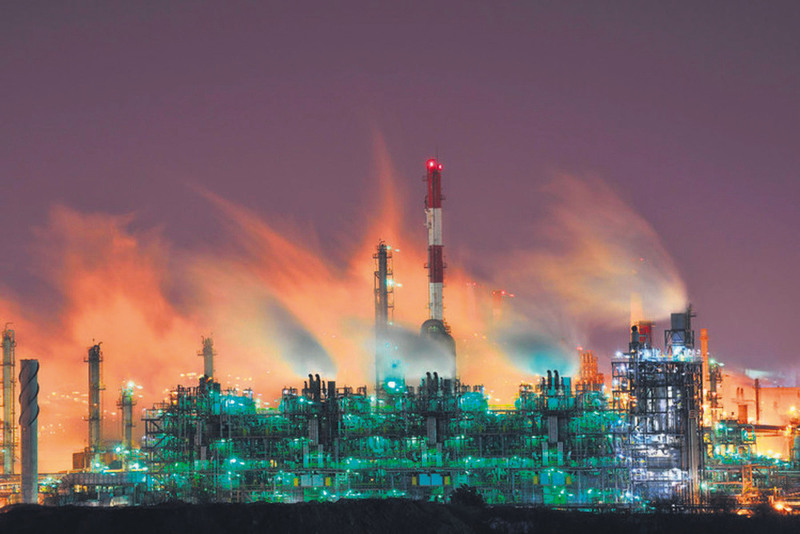 by Daily Sabah Apr 27, 2016 12:00 am
Saudi Arabia has prepared a backup plan in the face of declining oil prices and its aftermaths, such as planning to sell 5 percent of its oil giant, Aramco, which is valued at $2 trillion, through an initial public offering (IPO).

The decision came as a part of the National Transformation Plan, the particulars of which will be announced over the next six or eight weeks.

The decision on the public offering of Aramco, which constitutes one of the most important elements of the plan titled "Vision 2030," was announced by 30-year-old Deputy Crown Prince Mohammed bin Salman on Monday. According to the plan, which aims to reduce Saudi Arabia's dependency on oil, a giant fund will be launched. Stressing that the IPO of Aramco is of key importance for the 2030 vision, Prince Mohammed said the transparency in the public offering will be increased as well. Speaking during a televised interview, Prince Mohammed, who is also Saudi Arabia's defense minister, stressed that dependency on oil creates a great obstacle to development, and added that he wants Aramco to be transformed into a holding company with an elected board. "If 1 percent of Aramco is offered to the public, just 1 percent, it will be the greatest IPO on earth," according to the Prince.

Prince Mohammed also said he did not expect oil prices to fall below $30 per barrel again because of improving global demand, adding that Saudi Arabia's economic reform plans would not be affected by falling oil prices.

Aramco, which was once operated by Americans, has long been a Saudi state corporation. It has 261.1 billion barrels of crude oil reserves and 8.3 trillion cubic meters of natural gas reserves. Aramco constitutes 15 percent of global oil deposits, and Aramco's size is equal to the totality of four Google companies, which has replaced Apple as the largest company in the world with its market value of $500 billion. It produces more than 10 million barrels per day, three times as much as the world's largest listed oil company, American ExxonMobil. Prince Mohammed said Aramco will be listed on the Saudi stock market, adding that one idea that Saudi authorities are considering is establishing a fund in the United States market that would Aramco's shares to help bring liquidity.
Last Update: Apr 27, 2016 1:30 am
RELATED TOPICS