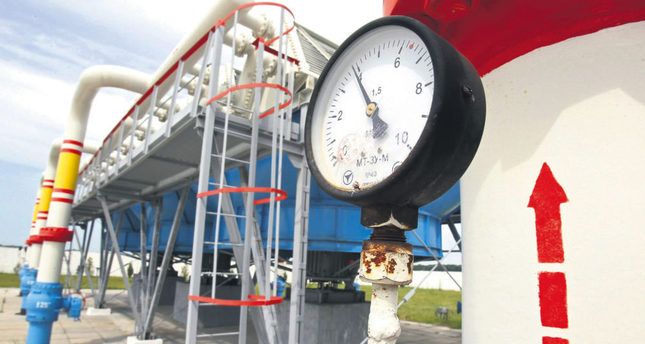 As the U.S. prepares to enter the European gas markets with its first delivery of liquefied natural gas, Norway and Russia are expected to increase production to lower prices and make exporting less desirable to the U.S.

The first liquefied natural gas (LNG) delivery from the U.S., which is expected to arrive in Europe this week, is expected to spark new market competition in European gas markets.

By courtesy of its hydraulic fracturing technology, the U.S. has become the largest natural gas (shale gas) producer in the world, surpassing Russia, and is now on its way to becoming a major gas exporter. Europe will become the third continental customer for U.S. LNG with a delivery set to arrive in Portugal this week, while the U.S. is expected to increase global LNG supplies by 15-20 percent next year. However, Russia's gas giant, Gazprom, whose biggest customers are in European countries, along with Norway, the second biggest supplier of gas to Europe after Russia, are expected to step up their efforts to prevent losing market share to U.S. gas.

"The old duopoly, Russia and Norway, is facing a new competitor, U.S. LNG," Thierry Bros, a senior gas analyst at Societe Generale told Anadolu Agency. He said that Russia and Norway would need to decide now, whether they want to fight for their market share or gas prices.

Bros said that if the two countries want to protect their market share against U.S. LNG, they need to pump out more volume to reduce the price to a level that makes U.S. LNG sales to Europe unprofitable. "This way, the owners of U.S. LNG contracts would be better off not producing," the expert added. Bros explained that Russia could show its strength by cutting its prices again to sell additional volume in Europe, as it did in 2015 after the opening of the Lithuanian terminal. When Russia faced competition with the new terminal, Gazprom responded by discounting the price of its gas by 23 percent even before the terminal's launch.

After spending some $130 million, Lithuania set up an off-shore LNG vessel in 2014 to convert LNG into natural gas to pump the commodity into the country. Lithuanian Energy Minister Rokas Masiulis said that the terminal has already paid off its startup costs many times over.

Meanwhile, Ildar Davletshin, an analyst at leading Russian investment bank Renaissance Capital, highlighted that Gazprom is now taking U.S. shale competition more seriously, unlike in the past when Gazprom lead the way in denying the U.S.' shale gas potential. "Gazprom is clearly trying to adjust its contract terms with EU customers to make Russian gas more appealing," Davletshin said, adding that Gazprom was also more willing to cooperate with the EU's anti-trust body and is considering selling more gas at spot via exchange as opposed to long term oil-linked contracts.

Historically, almost all of Gazprom's gas export contracts with European countries were long-term contracts, some spanning 30 years with the contracted gas price linked to oil prices.

Gazprom recently announced that it is trying to regain its share of Europe's gas market using 'greater flexibility in export contracts.' "Even if Gazprom does not plan a price war, it is indirectly fueling it by providing more discounts and other perks for EU customers," Davletshin said.
RELATED TOPICS