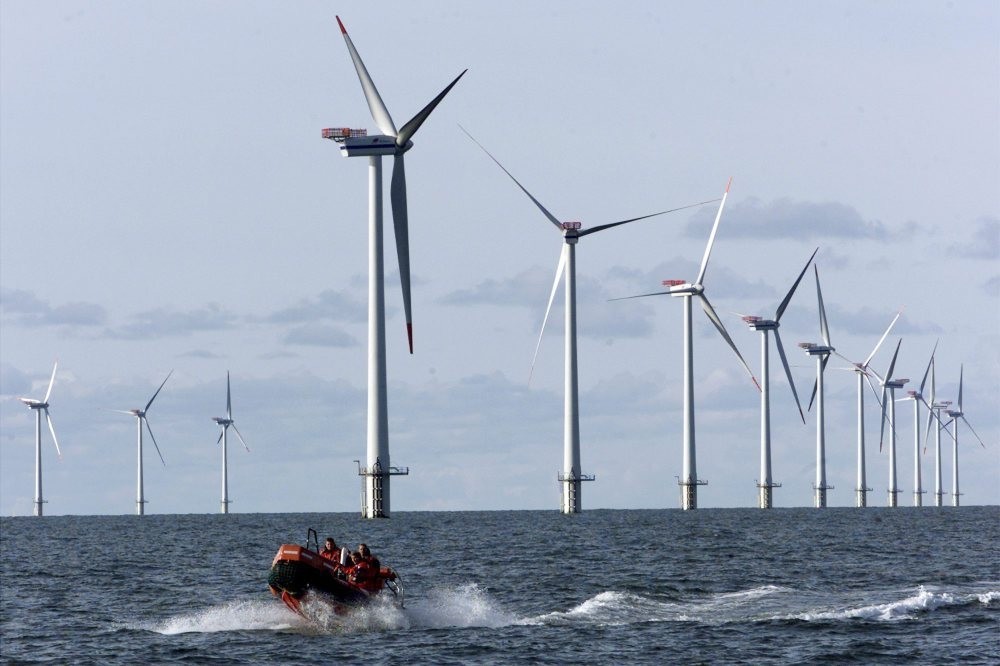 by Şeyma Eraz Jun 20, 2016 12:00 am
Offshore wind power appears to be more efficient than onshore plants, according to experts. However, building offshore wind power plants requires a more investment compared to onshore plants. Despite the cost, offshore plants pay back more. With a long Mediterranean coastline, Turkey has the potential to generate its own energy. While the resource-poor country focuses on renewable energy projects to reduce its dependency on energy imports, investors expect a tariff deal to be determined to make a smart business move.

Clean energy fans can enjoy the good news that some countries are set to build renewables to meet a larger proportion of energy demand. Many countries in Europe invest in wind power, as the landscape is suitable. Denmark produces almost 35 percent of its electricity from wind farms and the U.K. has a target of 15 percent by 2020, and is close to exceeding this target, generating over 35,000 gigawatt hours of electricity. Turkey has the advantage of solar power when it comes to renewables. In Antalya, 2,200 kilowatts per square meter of power is supplied by the sun, which is the most in Europe.

Onshore wind power is a rather poor choice and is only profitable for a small region of the country. Also, wind is mostly blocked by the landscape unless they are placed on high mountains. That is why increasing energy demand should be met with offshore wind turbines, as they get a denser and more stable wind flow. Offshore wind turbines are also larger than onshore ones and therefore generate more energy. Turkey has one of the longest coastlines in Europe but there are no offshore wind farms despite the strong wind.

The offshore wind turbine industry is one of the fastest growing in the world. Turkey can and should take the lead in developing offshore wind farms in the Mediterranean, especially in developing the latest floating bed foundation technology that future wind farms will use, Kamran Ghouri, a lecturer at International Antalya University and an expert on wind power, told Daily Sabah. Structural elements made of composite materials can be produced in Antalya, İzmir or any other city where yachts are produced, Ghouri suggested, adding that other parts could also be produced or partially produced and assembled in Turkey. A 160 megawatt (MW) offshore wind farm would payback in less than 10 years, delivering free, clean energy to 300,000 homes and generating a profit of approximately 185 million euros every year into the tax office if the government funded it. "There is not a better energy-related investment today than offshore wind farms,' Ghouri said.

The first offshore wind turbine conference in Turkey was held in Antalya last December. Since then, European manufacturers and the European Bank for Reconstruction and Development (EBRD) are investigating the market in Turkey. One of the areas that all potential investors want clarified is what the offshore wind tariff will be so that they can work out a viable business model.

Turkey's first offshore wind farm project may be realized in a short time after the tariff agreement is done.
Last Update: Jun 20, 2016 11:57 am
RELATED TOPICS