World Energy Congress in Turkey for first time in 40 years 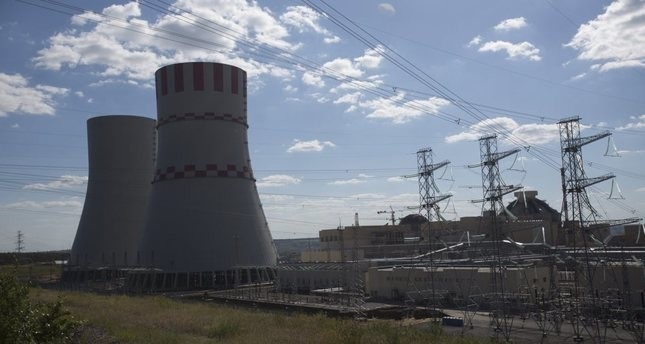 The Akkuyu Nuclear Power Plant will be modeled after Russia's Novovorone Nuclear Power Plant, as seen in this file photo.
by Daily Sabah Oct 06, 2016 12:00 am
World leaders and giants in the energy sector meet next week in a world-class event that was last held in Turkey 40 years ago: The 23rd World Energy Congress, also known as the energy Olympics. The countdown has started for the 23rd World Energy Congress in Istanbul, which runs through Oct. 9-13. The congress will be hosted by the Energy Ministry under the aegis of President Recep Tayyip Erdoğan, who will make a speech. Over 250 speakers from 80 countries are expected to attend, and Prime Minister Binali Yıldırım and Energy and Natural Resources Minister Berat Albayrak will represent Turkey. Setting the agenda for the energy world, the congress will host over 60 politicians.

Speaking to Sabah about the congress, Hasan Murat Mercan, president of Turkish Member Committee of the World Energy Council, said: "Located at the center of the most important markets, Turkey hosts an important summit at a time when crucial global changes occur in the energy sector."

Serving as the first global energy event held following the Climate Change Conference (COP21) in Paris, the World Energy Congress will focus on the effects of new technologies on corporate structures. Pointing out that the energy market and structure that will emerge 20-30 years from now will be discussed, Mercan said developments in coal, nuclear energy and sustainable energy will also be discussed. In the congress, problems in terms of experts, politicians and energy investors with regards to the Middle East and Turkey will be evaluated under the title of "energy security."
Last Update: Oct 06, 2016 1:04 am
RELATED TOPICS