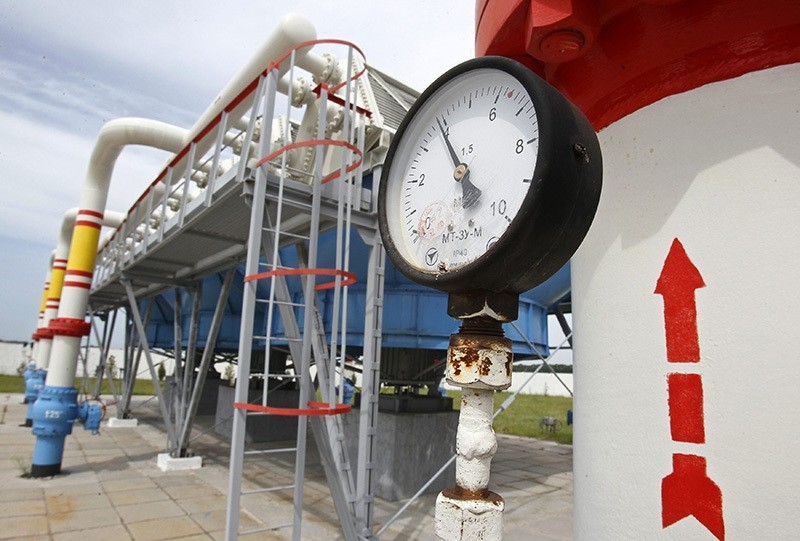 The final touches to the agreement to pipe Russian natural gas through Turkey should be completed when President Vladimir Putin meets his Turkish counterpart Recep Tayyip Erdoğan in Istanbul on Monday, Energy Minister Alexander Novak said.

In an exclusive interview with Anadolu Agency ahead of the World Energy Congress, which opened Sunday, Novak said the wording of the Turkish Stream intergovernmental agreement had largely been agreed.

"All of us aim to finalize the works on this intergovernmental agreement right by the meeting of Mr. President Putin and Mr. President Erdoğan on the sidelines of the World Energy Congress," Novak said.

"Turkish Stream is a very important project that will allow Turkey to get natural gas directly, avoiding transit countries, and also to get additional volumes of natural gas, which would drive the further development of Turkey's economic growth," Novak said.

Negotiation over the pipeline was halted after Turkey shot down a Russian jet over the Turkey-Syria border in November last year but has since resumed.

Last month, Gazprom said construction could start by the end of 2017 if an intergovernmental agreement was signed in October, with the goal of completing the pipeline by 2019.

Novak praised the constructive approach to the talks by both sides.

Turkey, which is the second biggest consumer of Russian gas after Germany, imports around 30 billion cubic meters of gas from Russia annually via two pipelines -- the Blue Stream, which passes under the eastern Black Sea, and the Western Line through the Balkans.

Around the time Putin announced the Turkish Stream, Russia announced a 10.25 percent discount rate that was never implemented. BOTAŞ later took the issue to a court of arbitration.

"The issues related to gas pricing and bringing amendments into the agreements reached on the gas pricing are stipulated by the relevant contracts," Novak said, adding that he believed both sides would reach mutually beneficial terms.

Turning to another energy project, Novak highlighted the importance of the Akkuyu nuclear plant, which will be Turkey's first nuclear power station.

The plant, in the southern province of Mersin, was indicative of the "future strategic cooperation between Russia and Turkey," he added.

A 2010 agreement paved the way for the plant's construction and operation by Russia's Rosatom. It is expected the station will generate around 35 billion kilowatt-hours a year and cost around $20 billion.

Novak said 30 to 40 percent of investment in the project was being supplied by Turkish companies.

"We hope that this project is going get the status of strategic investment, which would facilitate the launching of the construction of this power plant, accelerate its return of investment and bring the additional income for the budget and the economy of Turkey," he said.

The minister said Moscow hoped to exceed trade levels that existed with Turkey before the jet crisis, which was resolved in June. In the first eight months of the year, trade fell by 40 percent, he said.

"Russia has always supported the idea of freezing oil production because we believe that it would help speed up market rebalancing," he said.

"That is why we look forward to the proposals, which have been generated by OPEC countries to reach those targets and which they are going to present to non-OPEC countries."