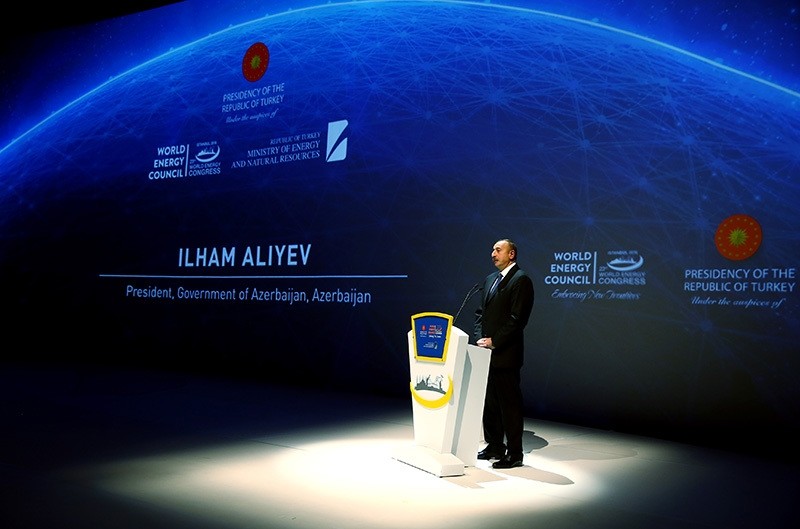 Speaking at the World Energy Congress, of which Anadolu Agency is the global communication partner for 2016, Aliyev in reference to bilateral energy projects, said that Azerbaijan and Turkey built energy infrastructure, such as pipelines, to ensure energy security between both countries.

"On a daily basis, Turkey plays a crucial role in the energy security of the region," he said.

He signaled that growth in Turkey's prosperity is important not only for Turkey as a leader in defining energy policy in the world, but also for the rest of the world.

Aliyev highlighted projects, which have been implemented in Turkey, to transfer Azerbaijan's oil and gas, and said Azerbaijan's gas will be delivered to global markets via four projects under the South Gas Corridor totaling $45 billion in value.

He hailed Trans Anatolian Natural Gas Pipeline (TANAP) as playing a crucial role in providing energy security in the region.

"We took the first step for the Trans Anatolian Natural Gas Pipeline (TANAP) in 2012 in Turkey, which is a significant part of the South Gas Corridor, under the leadership of Azerbaijan and Turkey. TANAP is an important agreement and many countries might become a part of this project," he added.

He suggested that projects to transfer Azerbaijan's oil via Turkey should be increased between the countries.