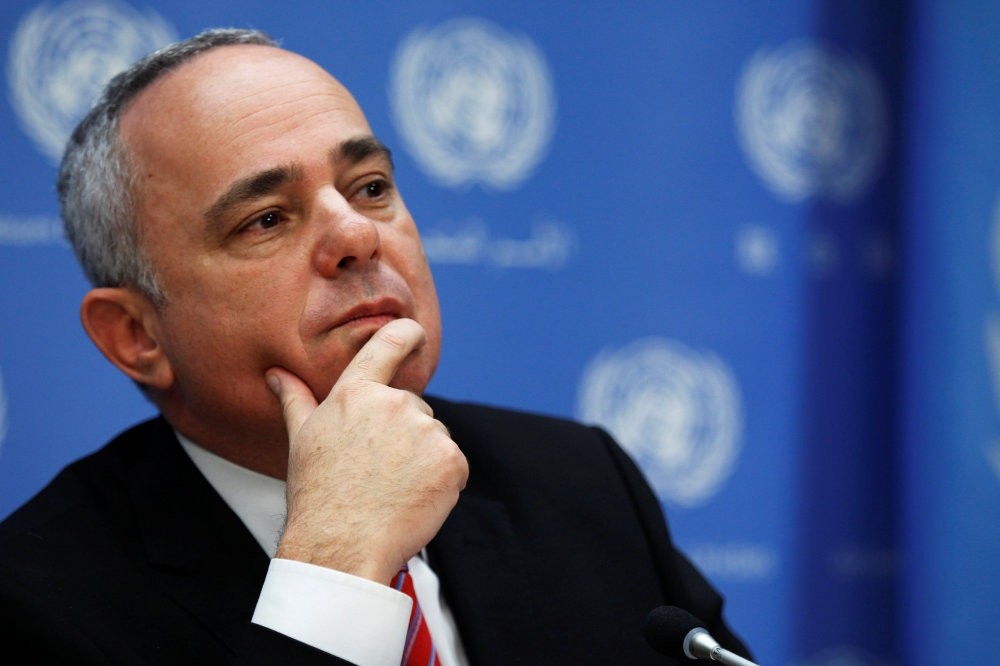 Israeli Energy Minister Yuval Steinitz will visit Turkey today in the first ministerial visit between the two countries in six years.
by Hazal Ateş Oct 13, 2016 12:00 am

The first ministerial visit from Israel to Turkey as part of the process of normalization of bilateral relations is taking place today. Israeli Natural Infrastructure, Energy and Water Resources Minister Yuval Steinitz is paying an official visit to Turkey where the issue of investment and cooperation tops his agenda. Another topical agenda issue will be negotiations to carry Israeli natural gas to Turkey via a 500-550-kilometer-long pipeline to be constructed in the Mediterranean and transmit it to the European market through Turkey. Israeli natural gas passing through Lebanese, Cypriot or Syrian economic zones will turn the energy corridor into an opportunity to achieve peace in the region. The construction of the "peace natural gas pipeline project" requires an investment of $4 billion, consisting of the expansion of natural gas fields and transmitting them to Turkey's southern coasts. Moreover, Turkish companies are expected to undertake $1 billion worth of projects in the reconstruction of Gaza.

Since Turkey and Russia signed an agreement on the Turkish Stream natural gas pipeline project to carry Russian natural gas to Europe through Turkey, the world has been eyeing the possible natural gas agreement with Israel. Steinitz will be hosted by Energy and Natural Resources Minister Berat Albayrak and deliver a speech, "New Landscape in the Eastern Mediterranean," during the conference organized by the Atlantic Council in Istanbul. Through Steinitz's visit, Turkey and Israel are expected to turn a new page in economic relations, with the issues of natural gas, oil, electricity and water taking the lead. It is estimated that nearly 800 billion cubic meters of natural gas reserves lie off the coast of Israel. Israeli natural gas will reach Turkey in three years in the best-case scenario and will then start to be exported to Europe. Turkey, Egypt and Jordan are priority countries in Israel's gas sales plan. Turkish companies taking part in the construction of the pipeline makes the economic impact of the project even more attractive.

Israel can also export its natural gas to Europe via Cyprus and Egypt. However, this option requires establishing liquefied natural gas facilities at a high cost. Therefore, Turkey seems to be the most advantageous and safest line.

On the other hand, with improving political relations between Turkey and Israel, Gaza, which has been under Israeli blockade for 10 years, is opening its doors to Turkish companies. Of an international fund of $5 billion, $3.5 billion is dedicated to Gaza and the remaining $1.5 billion to Ramallah. Turkish companies are expected to undertake at least $1 billion worth of projects in Gaza. The tender process for the Erez Industrial Zone in Jenin is also beginning. The Israeli administration will provide convenience for Turkish goods entering and exiting the industrial zone to be established near the port in Jenin, where Israeli, Palestinian and Turkish investors will be able to operate. This is the first time Israel will allow construction materials and humanitarian aid goods to pass to Gaza since the 2014 attack.

Normalization in all aspects

As part of the normalization process, Turkey and Israel are expected to assign ambassadors to each other. The full normalization of bilateral relations will occur in all areas, from airport entrances to visits to Gaza and Ramallah. Turkish companies will be given priority in infrastructure projects during the reconstruction process in Gaza and embargoes will be stretched specifically for Turkish companies. Turkey has prepared a project portfolio as part of its plans to invigorate Gaza.

The Energy and Natural Resources Ministry sent a delegation to Gaza to carry out fieldwork to satisfy Gaza's electricity requirement. Turkey will carry out simultaneous works in three areas in light of the report to be prepared by the delegation. A floating power plant to be established at the Gaza port is one of the emergency projects. Also, projects leading to the production of solar energy and other energy types will be addressed. Gaza's electricity transmission infrastructure will be reestablished by installing transformers, high and low voltage lines and the re-planning of distribution lines to provide electricity to all houses and streets in Gaza. Private sector representatives with broad experience in production, transmission and distribution are willing to take responsibility for Gaza's reconstruction.
RELATED TOPICS