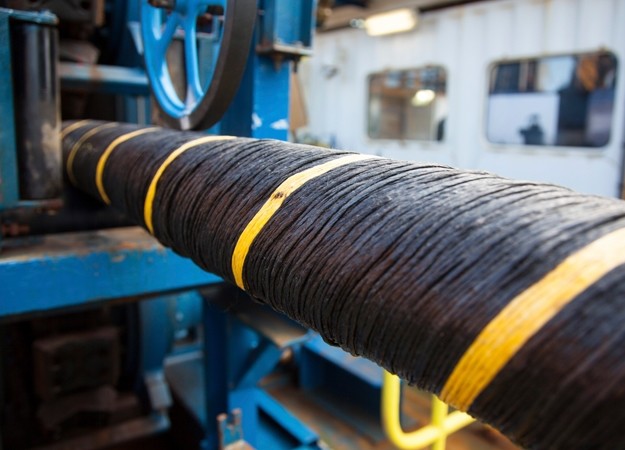 Work will begin as soon as possible for the interconnected electricity cable between Turkey and the Turkish Republic of Northern Cyprus (TRNC) as part of the drive for bilateral cooperation in the energy sector, TRNC Economy and Energy Minister Sunat Atun told Anadolu Agency on Tuesday.

Speaking exclusively to Anadolu Agency at the World Energy Congress in Istanbul, Atun said the energy protocol signed between Turkey and the TRNC on the sidelines of the congress is a framework agreement, which "includes the construction of interconnected system, mutual cooperation on renewable energy and exploration of oil and natural gas resources."

Turkey and the TRNC had already signed another energy agreement in 2011, in which exploration and drilling activities took place in the eastern part of the island.

"Then, in 2014 it was decided that a well would be drilled in Güzelyurt district but the planned drilling was never realized since the project was not on the agenda of the government of that time," he noted.

However, Atun underlined that developments in and around the region need to be advanced.

"We need to make projections by looking at our onshore potential and the exploratory work that has been done, as well as offshore potential of our waters through seismic explorations," Atun said.

Southern Cyprus has granted authorization for assessments in many areas of both different countries and different companies, according to Atun.

The Greek Cypriot administration signed protocol with Egypt in August that will allow construction of a gas pipeline going underneath Mediterranean.

It also announced a tender for new hydrocarbon exploration offshore the long-divided Mediterranean Island on March 24. The call for bids, which concluded on June 22, was to award licenses for blocks 6, 8 and 10. ENI, Total, Statoil, Exxon Mobil, Qatar Petroleum, and Cairn's declared their interests in the tender.

"With the help of the agreement with Turkey, I think that we can determine a team for conducting works in oil and natural gas fields in the upcoming period," he said.

Turkey and the TRNC signed an energy protocol Tuesday that foresees the construction of an undersea electricity cable link between the two countries.

The agreement includes the renewal of electricity infrastructure, development of electricity supply security, the construction of interconnected system, mutual cooperation on renewable energy, the application of regulations in the electricity area as well as exploration of new oil and natural gas resources.

"We expressed a common will with [Turkey's Energy Minister] Mr. Albayrak. Thanks to this willingness, we will not waste our time and will start work as soon as possible. We hope to have the cable ready in 2017," he concluded.

Turkey, a benefactor and protector of the TRNC since the 1974 Cyprus Peace Operation and the TRNC's establishment in 1983, has long planned to provide fresh water to the island, which is short of its own resources.

President Recep Tayyip Erdoğan officially launched a water supply project that provides the TRNC with fresh water for the next 50 years in 2011, when he was prime minister.

The first fresh water from Turkey to TRNC was sent last October and has continued without interruption under a protocol between the two countries.

The project will supply around 75 million cubic meters of water to the TRNC every year.