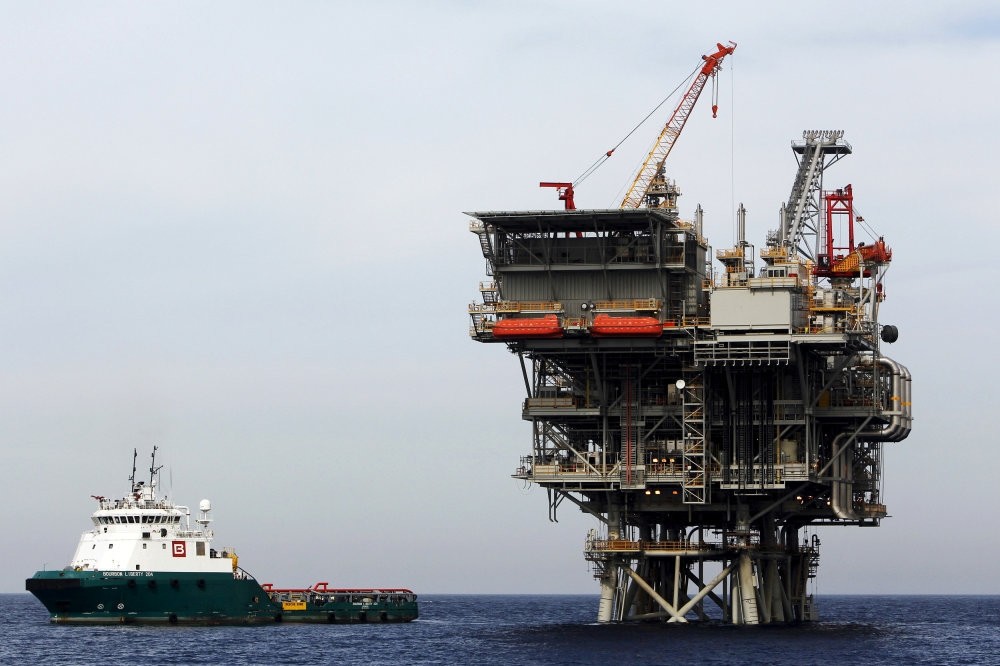 An Israeli gas platform, controlled by a U.S.-Israeli energy group, is seen in the Mediterranean Sea.
by Nov 18, 2016 12:00 am
Israel has invited bids for 24 new offshore oil-and-gas exploration licenses it hopes will bring more major finds in the Mediterranean as it strives to become an energy exporter. "We are offering out exploration in half of our economic waters in 24 blocks," Energy Minister Yuval Steinitz said, announcing the offer that closes on April 21.

"Estimates are that most of the natural gas in Israel's economic waters has yet to be found," he said at a news conference, adding that the U.S.'s energy department shared that view. The government hopes the new blocks turn up discoveries comparable to the Tamar and Leviathan natural gas fields found off its coast in recent years. Israel hopes the Leviathan field and others to come will eventually allow it to become a gas exporter, which could provide it with additional leverage in the turbulent Middle East. In September, neighboring Jordan signed a contract to buy gas from Leviathan for the first time and Steinitz said there had been contact with the Egyptians over a possible sales deal.

"I think that the Egyptian option realistically exists," he said, without giving details. He said that the prospects of a major gas deal had also helped reconciliation talks with Turkey after a bitter six-year rift. Last month, Steinitz met his Turkish counterpart Berat Albayrak in Istanbul. It was the highest level official meeting since the two countries normalized ties in June after a 2010 crisis triggered by Israel's deadly storming of a Gaza-bound ship.

"We decided to move ahead on the plan for a gas export pipeline from Israel to Turkey, both for the benefit of the Turkish economy but also for piping onward to Europe through the Turkish system," Steinitz said. At a news conference on Tuesday, Steinitz was asked if he saw Ankara as a "stable customer." "The whole world has not been particularly stable in recent years but that is the world in which we live," he said. "I think that the Turkish economy is very stable and very strong."
RELATED TOPICS