Google to purchase only renewable energy for operations in 2017 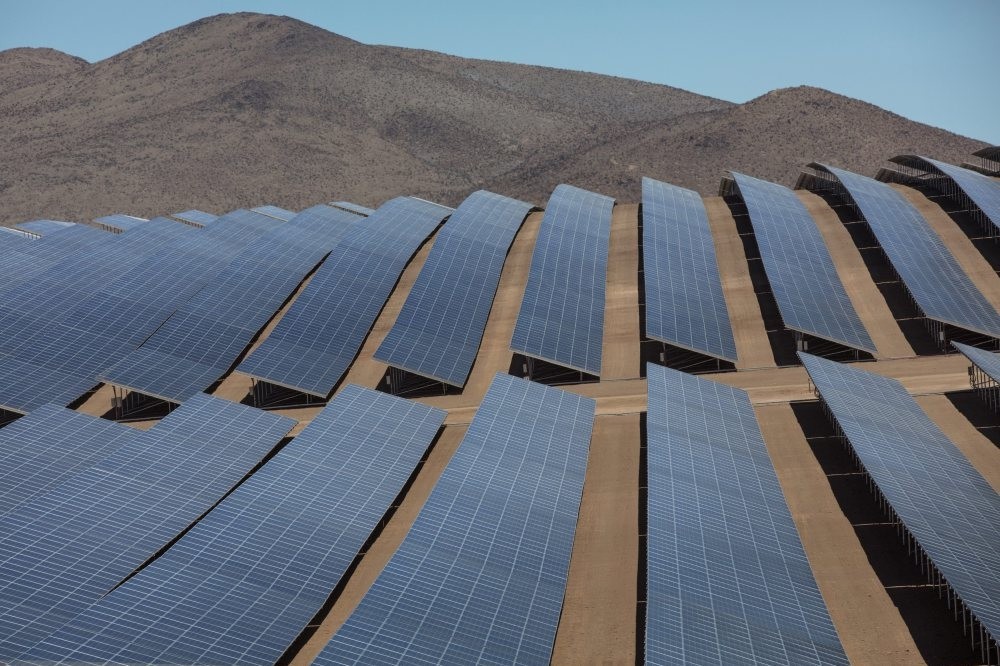 The solar plant El Romero in the Atacama Desert, Chile where the first purchase of renewable energy made by Google in Latin America with Acciona.
by Associated Press
Dec 08, 2016 12:00 am
Google is crossing a milestone in its quest to reduce pollution caused by its digital services that devour massive amounts of electricity.

The internet company believes that beginning next year, it will have amassed enough renewable energy to meet all of its electricity needs throughout the world.

That's significant, given Google's ravenous appetite for electricity to power its offices and the huge data centers that process requests on its dominant search engine, store Gmail, YouTube video clips and photos for more than a billion people.

Google says its 13 data centers and offices consume about 5.7 terawatt hours of electricity annually - nearly the same amount as San Francisco, where more than 800,000 people live and tens of thousands of others come to work and visit.

The accomplishment announced Tuesday doesn't mean Google will be able to power its operations solely on wind and solar power. That's not possible because of the complicated way that power grids and regulations are set up around the U.S. and the rest of the world.

Google instead believes it is now in a position to offset every megawatt hour of electricity supplied by a power plant running on fossil fuels with renewable energy that the Mountain View, California, company has purchased through a variety of contracts. About 95 percent of Google's renewable energy deals come from wind power farms, with the remainder from solar power.

Google made its commitment four years ago and appears to be the first big company to have fulfilled the promise.

Apple is getting close to matching its rival. The iPhone maker says it has secured enough renewable energy to power about 93 percent of its worldwide operations. Apple is also trying to convert more of the overseas suppliers that manufacture the iPhone and other devices to renewable energy sources, but that goal is expected take years to reach.

Cook said the symbolic message sent by Google's achievement is important to environmental experts who believe electricity generated with coal and natural gas is causing damage that is contributing to extreme swings in the climate.

U.S. President-elect Donald Trump dismissed the need for climate control during his campaign for office, and he has pledged to undo a number of regulations to protect the environment.

"More than ever, companies must show this sort of leadership on renewable energy," Cook said Tuesday. "Now is not the time to be silent."

Google still hopes to work with power utilities and regulators around the world to make it possible for all of its renewable energy to be directly piped into its offices and data centers around the clock.

For now, Google sells its supply of renewable energy to other electricity grids whenever it isn't possible for its own operations to use the power.

Google Inc. declined to disclose how much it has spent on its stockpile of renewable energy or the size of its annual electricity bill.