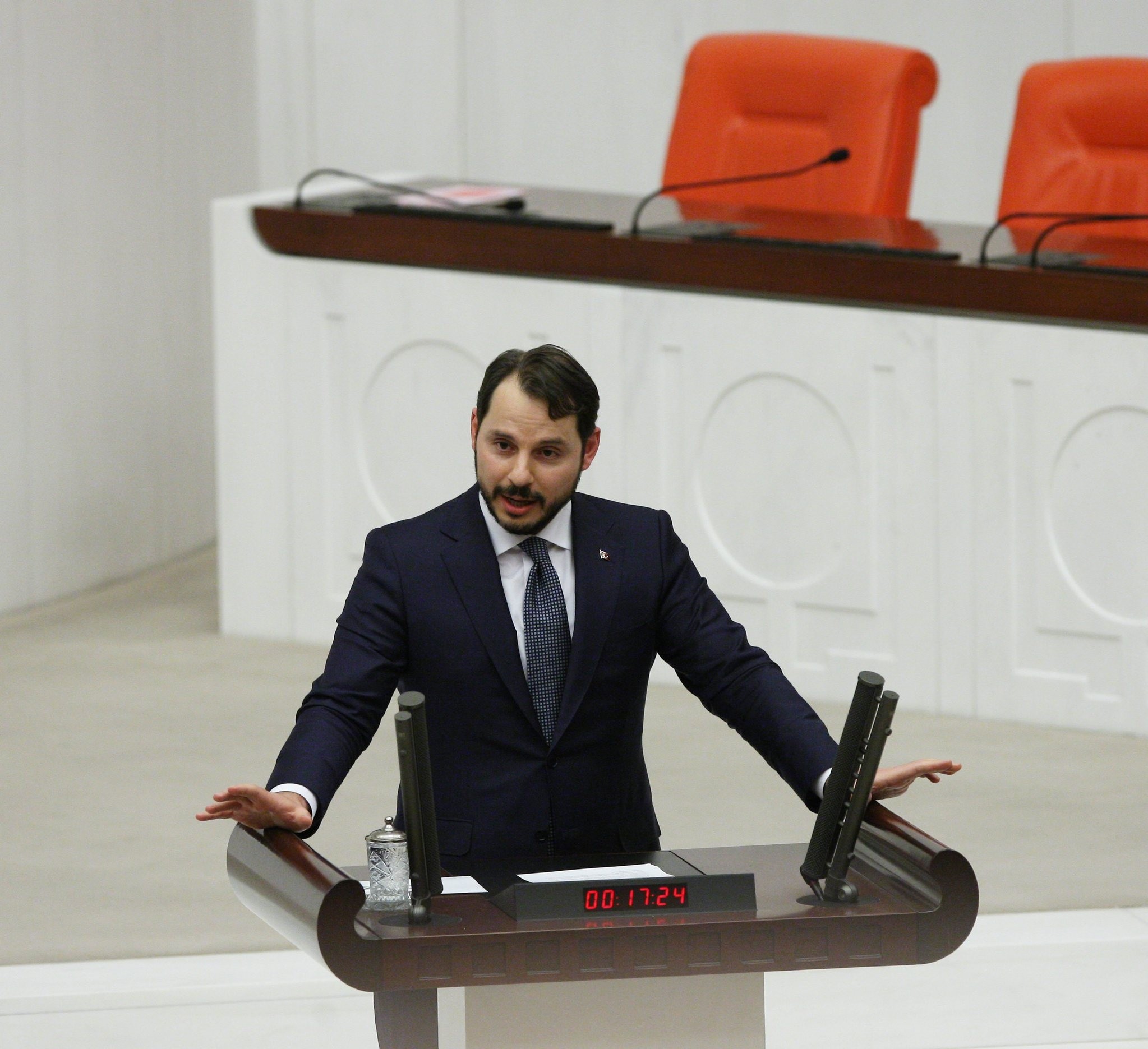 Energy and Natural Resources Minister Berat Albayrak released important messages in a speech during budget talks at the Turkish Grand National Assembly (TBMM) on Thursday. He said that Turkey has entered a "new era" in its energy policy, in which it will use Turkish lira in future trade with countries where it has a large volume of energy transactions.

According to the information obtained after Albayrak spoke about using the lira in financing giant-energy projects, it was said that the first move in that direction was taken with Russia. Turkey has taken the initiative to use local currency in the trade of natural gas with Russia. Meanwhile, Anadolu Agency (AA) reported that the Russian energy company Gazprom and the Swiss Alleseas Company signed an agreement to build the first pipeline of the Turkish Stream natural gas pipeline project. According to the agreement, the company will lay a total of 900 kilometers (560 miles) of pipeline in the Black Sea, with the construction set to begin in the second half of 2017.

Turkey and Russia signed an inter-governmental agreement on realizing the construction of the Turkish Stream natural gas pipeline, which will pump Russian gas under Turkish waters in the Black Sea towards Europe, on Oct. 10 at the World Energy Congress in Istanbul. The agreement was signed by Albayrak and his Russian counterpart Alexander Novak, in the presence of Russian President Vladimir Putin and President Recep Tayyip Erdoğan.

Speaking at an event in Kayseri last week, President Erdoğan announced that payments in foreign trade transactions with Russia, China and Iran will be made in local currencies. The president received a quick and positive response from Russia. The Russian Central Bank indicated there are no legal or technical obstacles in using local currencies as a medium of exchange in commercial transactions between Turkey and Russia.

Furthermore, President Erdoğan's proposal to use the national currency in foreign trade has gained momentum following the Central Bank of the Republic of Turkey's (TCMB) first currency-swap transaction with the People's Bank of China (PBOC). Erdoğan's proposal, which has been on the agenda for a long time, has garnered support from all segments of society, as the first currency exchange transaction between the central bank and the PBOC took place on Nov. 30, 2016. Later, some public institutions and organizations announced that contracts, auctions and sales will now be conducted in Turkish liras instead of U.S. dollars.

Recalling that Turkey will chair the Shangai Cooperation Organization (SCO) Energy Club in 2017, being the first non-SCO country to do so, Albayrak said that the Shangai Cooperation Organization is one of the largest organizations in the world, especially in the field of energy, and similar to Turkey, they have taken very important steps in the energy field in recent years, and that they will continue in that direction.

On the other hand, claiming that the government will not compromise on environmental issues, Minister Albayrak said that, in the last decade, they have found some 7.5 billion tons of new coal reserves, particularly in the provinces of Afyon, Eskişehir, Thrace and Konya, adding that they will not compromise on environmental factors within the framework of the strategy of making the coal in these regions more economical.

'Figures to show the ambitious environmentalist'