US to scrutinize Russia-Qatar oil deal for any sanction violations 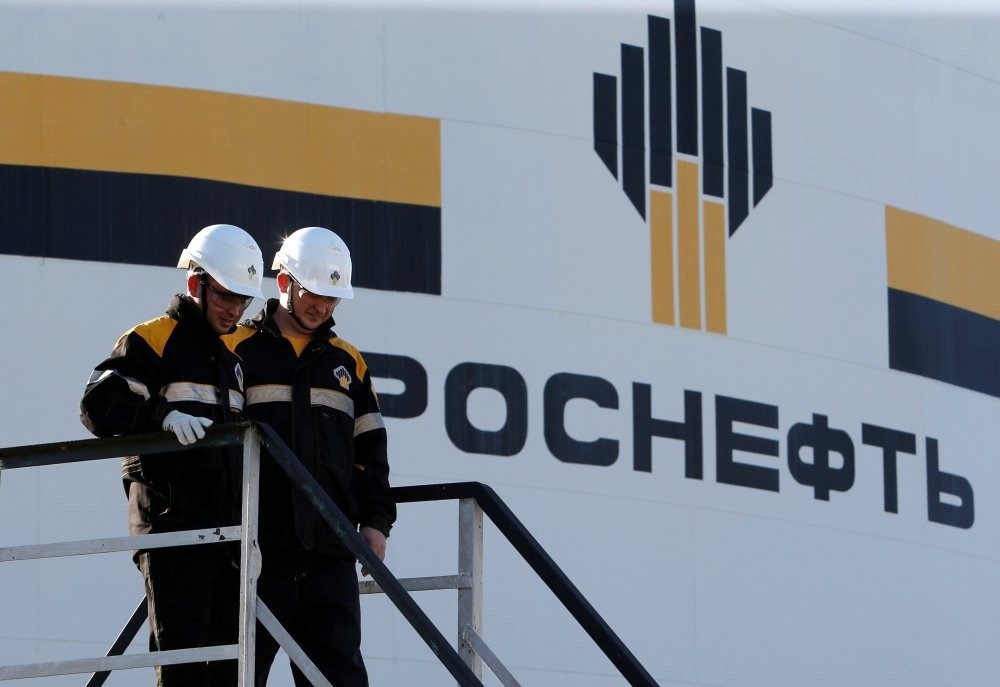 Workers stand next to a logo of Russian Rosneft Oil Company at the central processing facility
by Dec 10, 2016 12:00 am

Washington will inquire into the Rosneft deal between Russia and Qatar to search for any impeachment of sanctions, while the Kremlin claims sanctions do not apply to the deal as the Russian state will receive the income

The U.S. government is to check if sanctions where violated when Russia this week struck a deal to sell a stake in oil producer Rosneft to a consortium of Qatar's sovereign fund and commodities trader Glencore, the White House said.

"The experts at the Department of Treasury that are responsible for constructing and enforcing the sanctions regime will carefully look at a transaction like this," White House press secretary Josh Earnest said on Thursday. "They'll look at the terms of the deal and evaluate what impact sanctions would have on it," he told a briefing in Washington."

The Kremlin has presented the $11.3 billion deal as a major coup which demonstrates that for foreign investors the lure of Russia's oil sector outweighs the risks associated with sanctions and Moscow's stand-off with the West. State-owned Rosneft is one of the Russian entities covered by U.S. sanctions, which were imposed after Moscow annexed Ukraine's Crimea region in 2014 and aided separatist rebels in eastern Ukraine.

Russian officials say that the deal is not directly affected by sanctions, because the income from the sale will go to the Russian state, not to Rosneft itself. Italian bank Intesa Sanpaolo is expected to provide Qatar's sovereign wealth fund and Glencore with a large chunk of the financing for the acquisition.

Russian President Vladimir Putin late Wednesday hailed the surprise deal for 19.5 percent of the state-controlled firm as the largest in the global energy sector for 2016, a major fillip for the strongman leader as he seeks to plug the country's growing deficit.

The sell-off is part of a broader privatization drive and comes despite Moscow being mired in Western sanctions over the crisis in Ukraine that have played a major part in plunging the country into recession. Rosneft stock was up some 5 percent by 1100 GMT on the Moscow Exchange to 374 rubles ($5.9, 5.5 euros), valuing the company overall at around 58 billion euros.

The sale comes after oil prices have risen to more than $50 a barrel after OPEC members last week hammered out a deal to cut oil output for the first time in eight years. Once a little-known firm, Russia's Rosneft has enjoyed a meteoric rise under Putin.

Headed by the ex-KGB agent's powerful ally Sechin, it has scooped up some of the most prized assets in the Russian oil sector in a series of controversial deals. Moscow - which is not a member of OPEC - has said it is ready to reduce crude output by 300,000 barrels a day in the first half of next year.

OPEC and non-OPEC members are set to meet in Vienna on Saturday to discuss the implementation of the deal to slash output. Experts predict that if oil prices remain higher than expected, the Russian government will use the opportunity to increase spending ahead of presidential elections in 2018 instead of reducing its deficit.