2016: A year full of energy projects and events 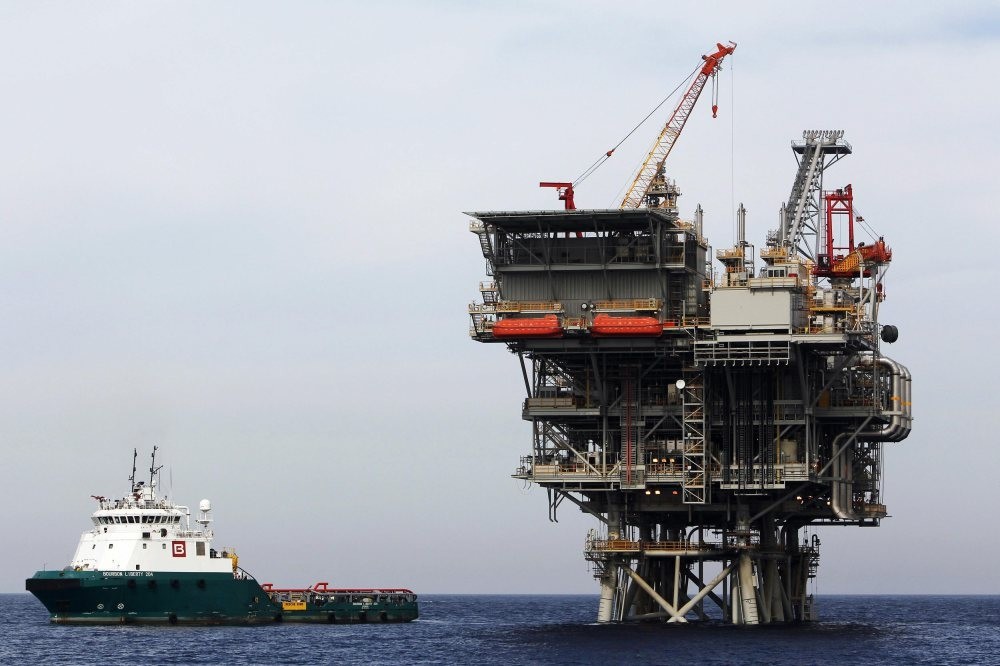 2016 has borne witness to significant global and local energy projects and events such as the TurkStream project, Turkey's election to the Energy Club of the SCO, the World Energy Congress, and the OPEC decision on oil output have shaped the future of energy policies

Both Turkey and the world have experienced intense developments in the energy industry this year. The Turkish Stream Natural Gas Pipeline Agreement and Turkey's election as the Chair of the Energy Club of the Shanghai Cooperation Organization (SCO) were the most important developments on the country's energy agenda. The Turkish Stream Agreement, which was signed between the governments of the two countries in the wake of the normalization of Turkish-Russian relations, has become one of the most important agreements in the entire region.

After Turkey entered the normalization process with Israel after six years, the natural gas projects in Israel and the Eastern Mediterranean region were included among the important developments related to the region.

Fluctuations in oil prices and meetings between the Organization of Petroleum Exporting Countries (OPEC) and other non-OPEC countries to curtail the oil production, Britain's decision to exit from the European Union (EU) and Republican candidate Donald Trump's victory in the U.S. presidential elections are listed as the important developments that have affected the world economy and the energy sector. In the last period of the year, on the other hand, Turkey was elected the 2017 chair of SCO's Energy Club following President Recep Tayyip Erdoğan's statements related to deepening the cooperation with SCO.

The lawsuit filed by Turkey in the international arbitration court in 2012 regarding the price of natural gas the country bought from Iran was concluded on Feb. 2 in favor of Turkey.Energy and Natural Resources Minister Berat Albayrak said the discount received in the lawsuit would be valid from July 1, 2011, and that the arbitration committee gave the discount range between 13.3 -15.8 percent in accordance with the parties' agreement.

Noting that the decision phase has come with regards to the arbitration on the natural gas prices, Albayrak said, "The process has not been completed yet since the decision has not come to the signing phase; however, since we earlier stated that we would hopefully start this process before the winter comes, the natural gas discount will be reflected as 10 percent to both consumers and the industry as effective from Oct. 1."

On April 27, news from the Russian side that 49 percent of the shares of the Akkuyu Nuclear Power Plant, the first nuclear power plant project in Turkey, were on sale and had an impact on the sector.

Appearing as a guest on Anadou Agency's Editor's Desk program on Oct. 26, Minister Albayrak said, "The issue of transferring 49 percent of Akkuyu is a matter of rights in the contract. We have information that the Rosatom and Russia have been negotiating with local partners. We also know that considering steps taken in order to realize the project financially faster, the Russian side is conducting negotiations related to the issue and some steps will be taken in the next short-term."

It was decided that the partnership negotiations between the Russian nuclear energy company Rosatom and the Cengiz-Kolin-Kalyon (CKK) companies for Akkuyu Nuclear Power Plant will be brought to a certain stage by the end of the year.

Oil prices continued to decline in the international market this year. After seeing $115 in June 2014, oil prices tended to fall due to oil supplies in the global market. In Jan. 2016, the price of crude oil reached $27, the lowest level since Dec. 2003.

Following OPEC's decision to cut down on production at both formal and informal meetings, oil prices saw the highest level of the year in Dec. 2016 at $57.5 per barrel. At an informal meeting held in Algeria on Sept. 28, member countries agreed on "keeping the oil production at a certain level." At OPEC's 171th Ordinary Meeting held in Vienna at the end of November, members decided to cut down on oil production and agreed to reduce it by 1.2 million barrels a day.

According to the agreement, daily oil production was fixed at 32.5 million barrels. The decision to rebalance the oil market will start to be implemented in Jan. 2017 and will be valid for 6 months. On the other hand, 11 non-OPEC oil producers showed support to the cartel's decision by agreeing to decrease their daily oil production level by 558,000 barrels on Dec. 10.

Within the framework of the agreement, OPEC member countries will reduce their daily oil production by 1.2 million barrels, Russia 300,000 barrels, and the other 10 countries by 258,000 barrels. How and in what way the oil producing countries will implement the decision to cut down on production will be followed by international markets with curiosity next year.

Sponsored by AA as the Global Communication Partner, the 23rd World Energy Congress was held in Istanbul on Oct. 9-13. The congress, known as "Energy Olympics", brought together the leading actors of the global energy sector under the auspices of President Recep Tayyip Erdoğan.

Within the framework of the Congress, energy ministers of OPEC and non-OPEC countries held a consultation meeting regarding the decision taken in Algeria to reduce oil production. 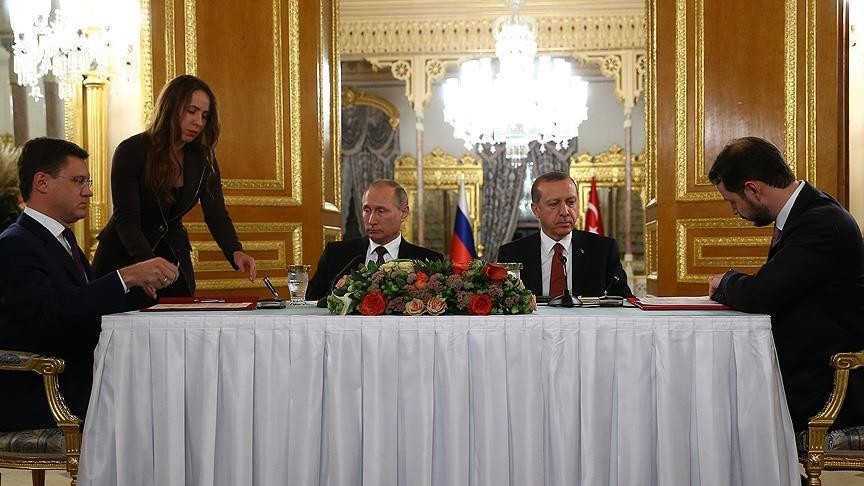 Russian President Vladimir Putin said in his visit to Turkey on Dec. 1, 2014 that the South Stream project was canceled and the Turkish Stream project was planned instead; however, the project was shelved in the aftermath of the tensing Turkish-Russian relations following the downing of a Russian jet, which violated the airspace of Turkey in November of last year.

At the 23rd World Energy Congress held in Istanbul about two years later, an intergovernmental agreement was signed for the "Turkish Stream Natural Gas Pipeline Project" which will transport Russian gas to Europe through Turkey.

Erdoğan and Putin, who convened in the scope of the congress, held a joint press conference following an hour and 40 minute long meeting. Leaders said the signing of the Turkish Stream Project, which will consist of two lines and have a total capacity of 31.5 billion cubic meters, is an important step to improve the energy cooperation between the two countries. The two leaders also stressed that works in the Akkuyu Nuclear Power Plant to be built in Mersin will continue without interruption.

Normalization of ties with Israel

After the relations between Turkey and Israel entered the normalization process once again after 6 years, the natural gas projects in Israel and the Eastern Mediterranean region came to the forefront again.

In this context, Israeli Energy Minister Yuval Steinitz and Minister Albayrak convened in Istanbul at the 23rd World Energy Congress.

At a meeting, which focused on the establishment of a pipeline to export natural gas from Turkey to Europe, the ministers of the two countries agreed on opening a special dialogue channel on the issue. The working group established to evaluate the project held its first meeting in Istanbul on Nov. 15.

It was announced in October of this year that over $1 billion will be invested in the fields of solar energy in Konya's Karapinar district.Noting that the power plant to be established in the district will have an installed capacity of 1000 megawatts, Minister Albayrak said, "This investment costs over $1 billion today and at least $300 million will be added considering its factory branch. Electricity to be produced here will be 1.7 billion kWh. We are talking about an investment that can cover the energy demand of more than 600,000 households."The date of the last bidding for the first solar energy investment auction, which Turkey will organize within the framework of Renewable Energy Resource Areas (YEKA), was set as Feb. 14, 2017. The auction will be held on Feb. 21, 2017 at the General Directorate of Renewable Energy.

Minister Albayrak said a similar tender will also be held in the wind field in the first quarter of 2017.

Turkey is the 2017 chair of Energy Club

Following President Recep Tayyip Erdoğan's statement related to deepening the cooperation with the SCO, Turkey was elected the chair of the 2017 Energy Club on Nov. 23.

The organization's dialogue partner Turkey was selected as the chair following the approval of the proposal that "not only the member states, but countries in all other status can take on the term presidency."

Thus, for the first time, the SCO Energy Club was undertaken by a country outside the member countries. Besides, the organization also decided to bring the countries, which previously chaired the club in turn by the Russian alphabet, to the presidency in accordance with the agenda.

Following President Erdoğan's call to use Turkish lira instead of the dollar in December of this year, the Energy Market Regulatory Authority (EMRA) announced its decision to hold the natural gas distribution tenders in Turkish lira.

Accordingly, works are in progress for the natural gas distribution tenders in Tunceli and Ağrı on Dec. 26 and in Doğubayazıt on Dec. 28 to be held in Turkish lira. Those who will participate in the said tenders will submit their offers through the Dutch auction method in Turkish lira-kuruş instead of U.S. dollar-cent per kilowatt.

Minister Albayrak announced that Turkey will launch trade with the countries that share a great energy volume with Turkey, in local currencies. He also said all relevant institutions started to work for Turkey's transition to Turkish lira in natural gas trade with Russia.
RELATED TOPICS