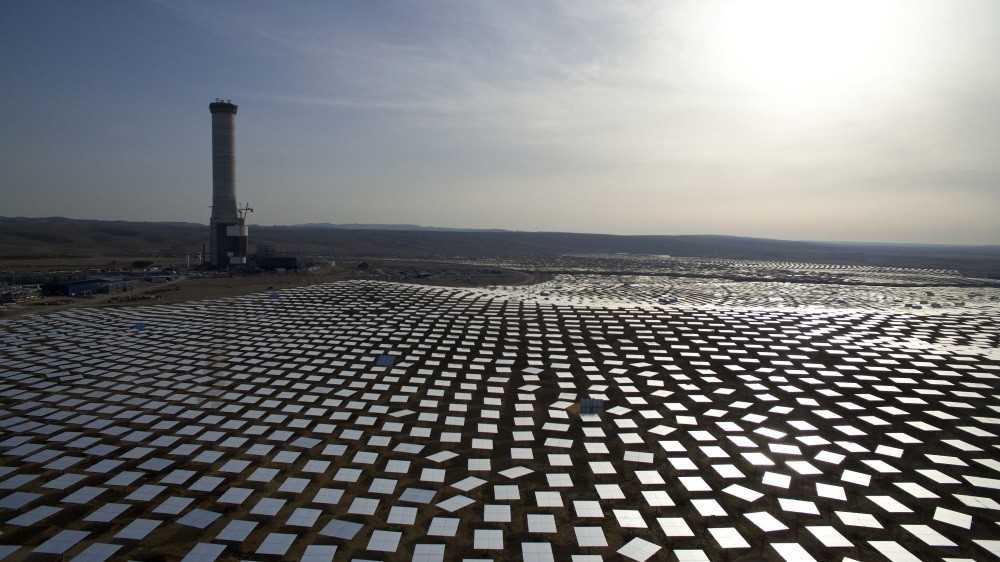 Determined to heavily invest in renewable energy, Turkey highlights its solar power with an ever-increasing capacity and continues to draw foreign investment in its projects. To that end, Saudis will bid for Karapınar, a mega solar project in Konya, with more intended investments in Turkey's other renewable energy projects

Paddy Padmanathan, the chairman and CEO of Saudi-based ACWA Power, recalled that Turkey will present a bid for 1,000-megawatt capacity in solar energy, saying: "Our goal is to generate a capacity from various resources in Turkey. We work very carefully on the 1,000-megawatt project [Karapınar, Konya] in solar energy." Padmanathan added that they also expect a license for a capacity of between 350-400 megawatts in wind power, adding that they are in the process of evaluating opportunities for an investment between 50 and 200 megawatts in geothermal energy.

Speaking to Anadolu Agency (AA) regarding the company's investment plans, Padmanathan said that the construction of the 950-megawatts facility for the natural gas conversion plant in Kırıkkale is about to be completed and that the plant will be commissioned in the first half of 2017.

Pointing out that the investment amount of this plant was realized at around $1 billion, Padmanathan said that they aimed at resource diversification in their investments in Turkey, underlining that they will not be interested in a new natural gas power plant project.

Padmanathan said that the investments they will make in the future will be in the fields of solar, wind and geothermal energy. Highlighting that Turkey is in the process of a tender for a 1,000-megawatt capacity (Karapınar, Konya) in solar energy, adding that their goal is to generate a capacity from various resources in Turkey, Padmanathan said: "So we are working very carefully on this 1000 megawatt project in solar energy. I think the condition of the locality in the project is very important and on point. More economic value can be added to the country in this way."

Stating that they also expect a license for a capacity of around 350-400 megawatts in wind power but there was a delay regarding this licensing process, Padmanathan said that after receiving these licenses, they will continue to add new capacity in wind energy, saying: "We are in the process of evaluating opportunities for an investment between 50 and 200 megawatts in geothermal energy," Padmanathan added.

'Terrorism cannot change the facts'Padmanathan noted that 40-50-year-old projects are carried out in the energy sector and investments were made with this thought in mind, explaining that during this period, many economic crises can occur, politics can change and geopolitical tensions can be experienced.

Padmanathan said that there are facts about Turkey that no terrorist can change, including its strategic geopolitical location: "All natural gas pipelines must pass through Turkey. In addition, it has an industrial power and educated population. People are willing to work. They do not say 'Let's sit back and watch others work," Padmanathan said, stressing that these are valuable and fundamental realities, and that terrorism or political tension cannot affect and change any of these basic facts.

Saudi Arabia to participate in bids

"Initial biddings will be opened at 400 megawatts for wind energy and 100 megawatts for solar energy. There are mainly solar and wind power in the total capacity of 10,000 megawatts but there will be different resources such as geothermal and waste materials," Padmanathan said, adding that they will surely participate in these tenders as well.

Padmanathan noted that countries initially announce their policies for small capacities in renewable energies, but later enlarge their plans after seeing the cost in these fields is low and the duration of commissioning is short, also cautioning that the share of renewable resources in the total energy portfolio will continue to rise.

The deadline for submitting bids for the tender of Turkey's first 1,000-megawatt solar energy investment in Konya's Karapinar district, which will be realized within the scope of Renewable Energy Resource Areas (YEKA), is Feb. 14. The tender will be held on Feb. 21 at the General Directorate of Renewable Energy.
RELATED TOPICS