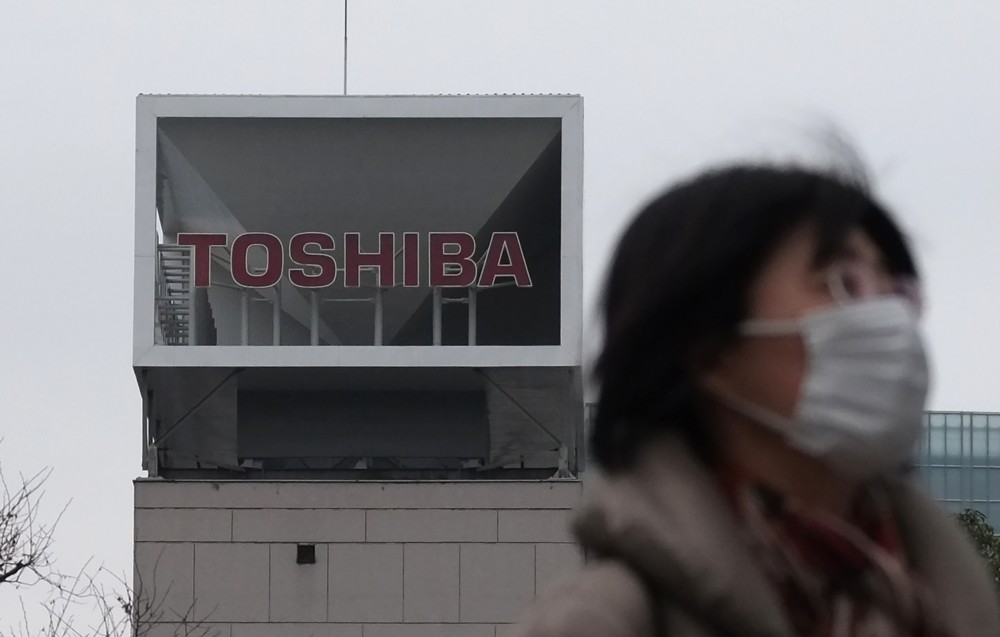 A woman walks in front of the logo of Japanese corportation Toshiba in Tokyo.
by Feb 03, 2017 12:00 am
Japan's Toshiba is set to dramatically reduce its nuclear operations and plans to stop building new atomic power plants after suffering billions of dollars of losses on U.S. projects, a report said.The engineering conglomerate, a once proud pillar of corporate Japan, is undergoing a major overhaul after an accounting scandal and huge losses in its nuclear business. The company now intends to announce plans to exit nuclear power plant construction by the middle of February, the Wall Street Journal reported on its website, citing an unnamed Toshiba executive familiar with the matter. Toshiba chairmen Shigenori Shiga and Danny Roderick, a Toshiba executive and the former head of its nuclear power unit Westinghouse Electric, are expected to step down, the paper said, citing the executive.

Toshiba, however, is expected to continue designing and making nuclear reactors and other components for nuclear plants, according to Nikkei business newspaper and other local media sources. Last week, Toshiba said it was looking to "review" its foreign nuclear business, with local media reporting that the company would withdraw from construction of new plants. "It is a turning point for Toshiba," Chief Executive Officer Satoshi Tsunakawa told a press conference last week.

The beleaguered company has been engaged in a sweeping overhaul to deal with its problems, most notably the profit-padding scandal in which bosses systematically pushed subordinates to cover up weak financial results for years.

It has been selling off "cash cow" businesses and assets and is bracing for losses in its U.S. nuclear business that could reportedly reach 700 billion yen ($6.2 billion). The company has already sold its medical device units to Canon and most of its appliance business to China's Midea Group. Last week, Toshiba said it was also moving to sell off its memory chip business to repair its battered balance sheet.
Last Update: Feb 03, 2017 1:20 am
RELATED TOPICS