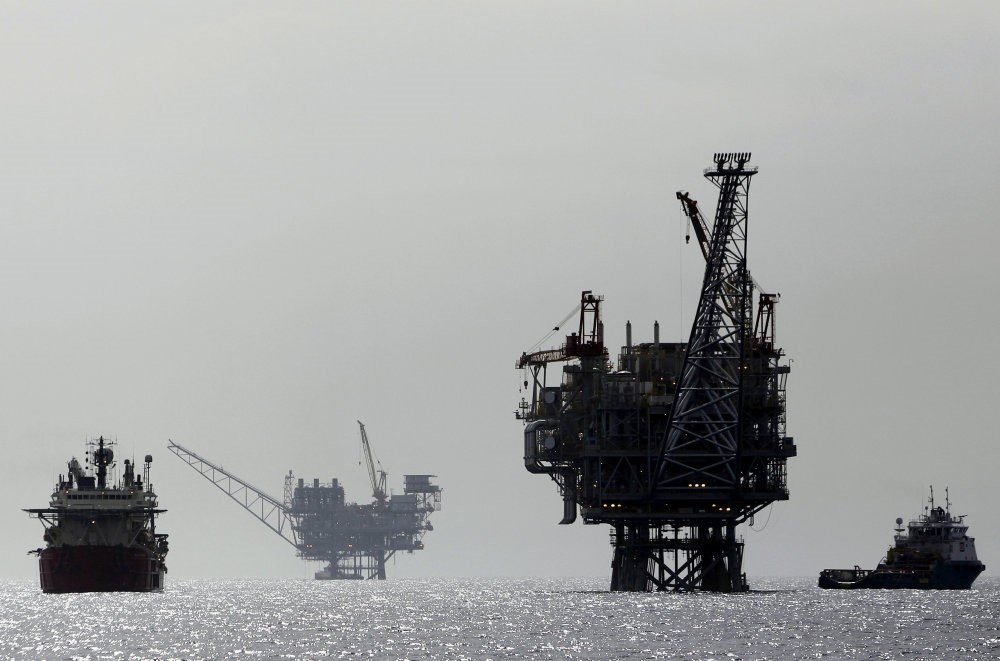 Energy Minister Berat Albayrak announced that Turkey will start carrying out seismic surveys in Mediterranean and the Black Sea.
by Daily Sabah Mar 10, 2017 12:00 am

Albayrak noted that surveys, which are currently operated by the Hayrettin Paşa Seismic Exploration Ship, will be upgraded with another ship, saying: "With the second ship being launched, Turkey will actively conduct its exploration activities in multiple dimensions and with more advanced capabilities,'' Albayrak added. Stating that Turkey has entered a new phase of development with significant changes in energy, investments and steps being taken, Albayrak said that they have, as the ministry, recently accelerated steps regarding oil and gas exploration. "Especially this year, we will take important steps to address exploration and drilling issues, particularly in the Black and Mediterranean seas," Albayrak said, adding that with a second vessel coming on the heels of the first seismic survey vessel Barbaros Hayrettin, Turkey will launch exploration in both the Mediterranean and Black Sea, also conducting more active two-dimensional and three-dimensional seismic explorations in both seas.

Albayrak emphasized that more than 60 percent of the world's oil and natural gas resources are located in Turkey's region, noting that the country is entering a new era, taking significant steps to realize new investments in energy.

"In adherence to our responsibilities as the most stable and strong country in the region, Turkey, which is surrounded by resources rich in energy, will continue to work decisively and determinedly in the upcoming period," the minister said.

With regards to the talks he held as part of the conference, Albayrak stated that it was an important organization attended by firms, countries and ministers in the energy sector from all around the world. "This year, we have held many critical talks steering us in the direction of several crucial items on the agenda," Albayrak added.

The energy minister also said the IHS CERAWeek 2017, one of the largest energy conferences in the world, has been fruitful, adding that he has held several important talks.

Turkey's upstream activities in the MediterraneanTwo years ago, Turkey's premier vessel the Barbaros Hayrettin Pasa conducted oil and natural gas explorations off the coast of Cyprus but its activities were interrupted in March 2015 when tensions arose between the Greek Cypriot administration and the Turkish Cypriot government regarding ownership of the resources.The Greek Cypriot administration previously initiated a tender process for exploration activities in the contested natural gas fields including blocks 6, 8, and 10, to the ire of Turkish foreign affairs authorities.

Turkish authorities have asserted that a considerable portion of Block 6 is located beneath the Turkish continental shelf. Moreover, Greek Cypriot President Nicos Anastasiades claimed that the tender issue and the use of the resources in these oil fields is a matter of sovereignty for the Greek Cypriot administration.

The Greek Cypriot partnership with foreign companies such as Italian energy giant Eni, which allowed these companies to carry out hydrocarbon seismic exploration, caused tensions to flare between Turkish and Greek administrations and negatively affected the peace talks on both sides. The Turkish Republic of Northern Cyprus has since stated that the island's resources belong to both communities.

Due to the dispute over Cyprus' maritime Exclusive Economic Zone, established with the 1982 U.N. Convention on the Law of Sea and covering 13 exploratory drilling blocks, the exploitation and export of the gas discovered in this area has not been allowed for use and trade.

The island is reported to have a newly discovered oil reserve of 4 trillion cubic feet (approximately over 110 trillion cubic meters) valued at $50 billion. The Aphrodite gas field located at the 12th exploratory drilling block in the maritime Exclusive Economic Zone is estimated to hold about 200 billion cubic meters of gas. Included within the Mediterranean gas reserve, Israel's Leviathan gas field is reported to contain some 500 billion cubic meters of gas, according to the U.S. Energy Information Administration. Furthermore, last year, Italian oil and gas giant Eni reported the discovery of an estimated 30 trillion cubic feet of natural gas in the Zohr field off the coast of Egypt. This enormous amount of gas constitutes an important source for natural gas supply and export in Eastern Mediterranean.

The vast amount of natural gas reserves that have been discovered over the last decade provides an important impetus to sustain the peace for good. Given the geographical position of the island, located south of Turkey, west of Syria and Lebanon, northwest of Israel and Palestine, and north of Egypt and southeast of Greece, the export of the gas to the European market requires collaboration by Cyprus, Turkey, Israel and Greece.
RELATED TOPICS