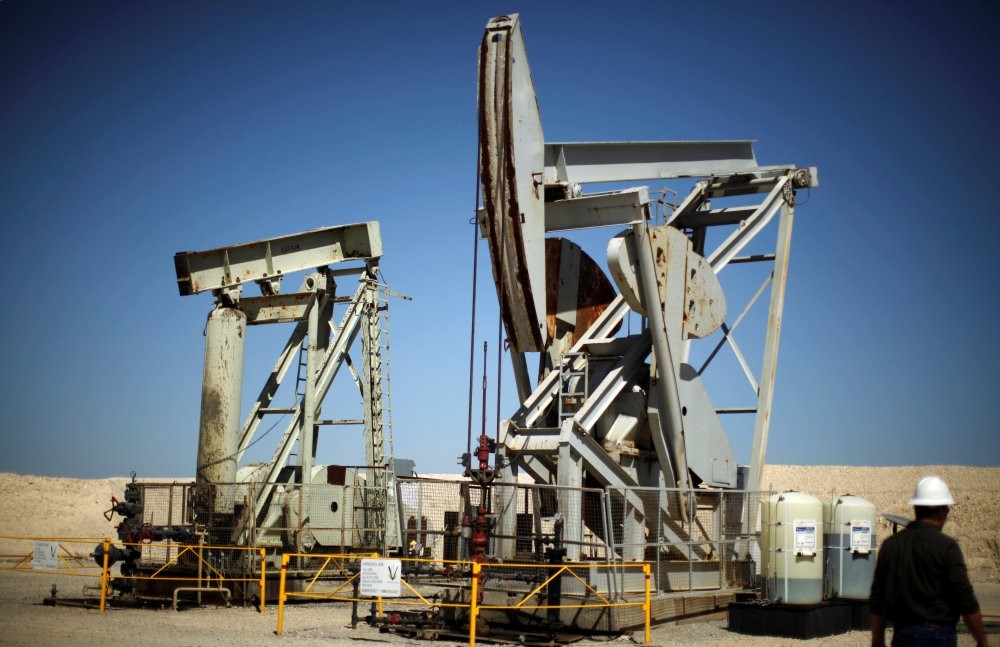 As U.S. shale firms rebound from a two-year price war with OPEC, many are planning to expand production in North Dakota, Oklahoma and other shale regions. The Permian - America's largest oilfield - has already seen output jump in the past six months. Hess Corp, Chesapeake Energy Corp, Continental Resources Inc and other firms detailed their growth plans at an energy conference in Houston this week. The projects they outlined would result in a steady supply of American crude exports through the next decade.

Rising U.S. energy clout has frustrated efforts by the Organization of the Petroleum Exporting Countries to control global oil prices through a production curb announced last fall - its first in eight years. The rise in U.S. output was enough to boost domestic crude stockpiles last week by 8.2 million barrels, more than quadruple estimates from analysts polled by Reuters. The unexpected supply surge pushed U.S. oil prices down more than 5 percent on Wednesday to close at $50.49. The price drop underscored the growing impact of U.S. shale production on global supplies and prices relative to OPEC member nations, which once exercised dominant influence on global markets. Representatives from both sectors acknowledged that power shift at the energy conference in Houston.

"We are on something of an equal basis today with OPEC," said Harold Hamm, founder and chief executive of Continental Resources, which has invested heavily in Oklahoma shale projects in the past year.

In North Dakota's Bakken shale fields, where Continental is the largest leaseholder, the company has hired oilfield service contractors to frack wells that it had mothballed during the price downturn. Chesapeake - which has one of the largest acreage positions of any U.S. producer, with holdings in Pennsylvania and Louisiana - has only drilled an average of 25 percent of its land, giving it years of inventory to drill and frack.

"We have this great opportunity to run with," said Frank Patterson, Chesapeake's head of exploration and production. "We can develop what we have and grow."

Hess, one of the largest Bakken producers, is adding four rigs this year and says it has more than a decade of drilling locations at current oil prices.

"We're back to growth in the Bakken," Chief Executive John Hess said in an interview.

These and other expansion plans come as the Permian Basin saw $28 billion in land acquisitions in 2016, more than triple the prior year. Chevron Corp, which controls 2 million Permian acres, expects its output there to jump 20 percent by the end of the decade.

Yet as the rise in American oil stockpiles shows, producers run the risk of pumping too much and creating a new glut that could push prices down. The U.S. Energy Information Administration boosted its forecast this week for American oil production for 2017, now expecting output to rise 330,000 barrels per day from last year. Production in the United States is about 5 percent below the all-time high.

A handful of chief executives at U.S. oil producers met with OPEC ministers last weekend ahead of the CERAWeek conference at a dinner organized by investment bank Lazard Ltd. The meeting, the first between the two groups, was described by attendees as cordial.

"OPEC is trying to figure out U.S. shale," Scott Sheffield, chairman of Pioneer Natural Resource Co, said in an interview. "U.S. shale is trying to understand where (oil) prices will go. We're educating each other." OPEC plans to meet on May 25 in Austria to decide whether to extend or deepen the supply cuts.