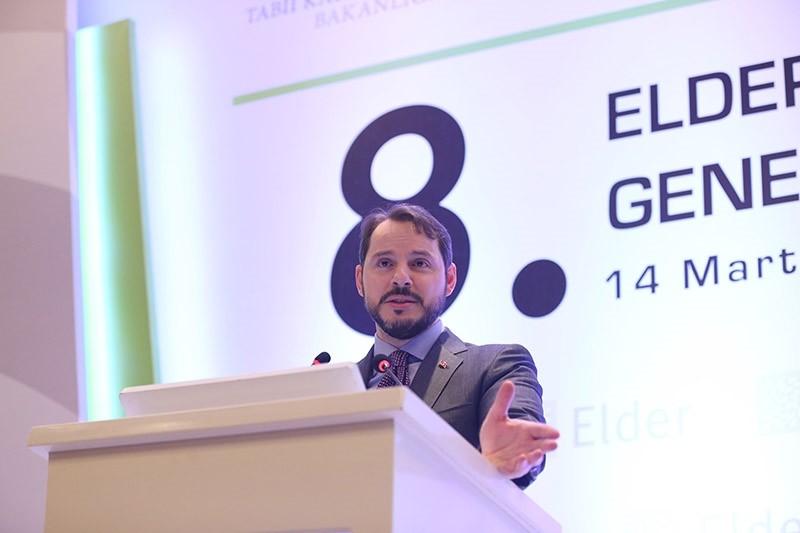 Turkey will be more active in offshore oil and gas exploration with plans to conduct seismic studies in the Black Sea and Mediterranean Sea by the end of March or beginning of April, Energy and Natural Resources Minister Berat Albayrak said Tuesday.

Speaking at the opening of the eighth general assembly of the Turkish Association of Distribution System Operators (ELDER) in Ankara, Albayrak explained that the 3-D seismic exploration studies would be conducted with two different vessels, the Barbaros Hayrettin Pasa and another that Turkish officials will soon announce.

Barbaros Hayrettin Pasa explored oil and natural gas resources two years ago off the coast of Cyprus, but its activities were interrupted in March 2015 when tensions rose between the Greek Cypriot administration and the Turkish Cypriot government over ownership of the resources.

The Turkish Republic of Northern Cyprus has since stated that the resources of the island belong to both communities.

"The more you search, the more you have the chance to find it. So we will search more. As I said, this will be an active year in the Mediterranean," he underlined.

"Last year, the share of domestic coal in electricity production increased 23 percent and the share of renewables increased 31 percent," he explained.