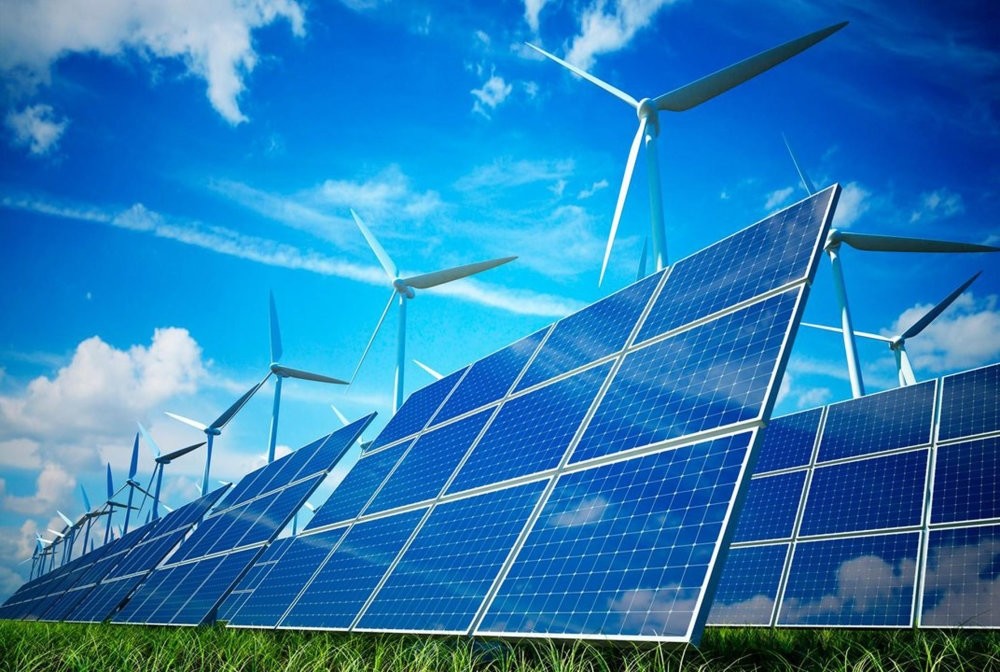 The Turkish government aims to increase the share of renewable sources in the country's total installed power to a remarkable 30 percent by 2023.
by Daily Sabah with AA Apr 04, 2017 12:00 am

As Turkey sustains its ambition to expand its energy supply diversity, the renewable energy sector from solar to wind energy gains prominence in the energy policy and the sector continues to allure both foreign and domestic investors

With renewable sources dominating Turkey's energy agenda recently, a consortium of Turkish and South Korean companies have landed the project for Karapınar Renewable Energy Resource Area (YEKA). The tender for the project was floated two weeks ago. Once completed, the YEKA will become turkey's largest solar power plant. As foreign firms eye even more renewable energy investments in Turkey, local firms have also joined the race, to contribute to the country's capacity building for renewable energy. Akfen Holding, in this regard, plans to make more investments, with a view to expanding Turkey's renewable energy capacity.

Chairman of Akfen Holding, Hamdi Akın, noting that they have set out to establish a renewable energy platform in the sector, said, "By the end of the year we will reach approximately 770 megawatts in renewable energy, and our investment in the production plants in this area will exceed TL 2 billion ($548 million). Once the company grows we will probably sell 25-30 percent of the remaining 66 percent. By 2020, we will have a renewable energy capacity of around 1,100-1,200 megawatts."

Speaking to Anadolu Agency (AA) Akın said the energy sector, where they are involved in the production side, has become increasingly valuable in the holding's balance sheet.

Pointing out the fact that they have set out to establish a renewable energy platform in the sector, namely in wind, solar and hydroelectric power, Akın said, due to that vision, the European Bank for Reconstruction and Development (EBRD) and the International Finance Cooperation (IFC) acquired 16 percent shares at the holding.

"We put the money we received from selling the shares into our pockets, but invested more than $200 million back into the company, since we want it to grow," Akın said.

"We are on the way to purchasing new wind and hydroelectric power plants. We did the most important of these for the privatized Menzelet Dam. We hope to complete this process in the coming days," the Akfen Holding chairman added.

Akfen to partner up with a top firm

Claiming that they will also make investments in wind energy this year, Akın said they were installing a 240-megawatt wind power plant. Considering all the investments that has already been granted licenses, and projects of which construction and installation have been completed, they will reach 770 megawatts of renewable energy by the end of the year.

Underlining the fact that they are going to attract one of the world's top firms as not only new partners but also a strategic partner, Akın said in order for the renewable energy platform to grow even further, all partners may go public as well, bringing fresh funding into the company, providing new equity and reaching 2,000 megawatts by 2020.

TL 1.4 billion of the renewable energy investments worth about TL 2 billion, which will be carried out by Akfen Holding, will invest more than TL 1.4 billion, out of the TL 2 billion, this year in different projects in Menzelet, Kılavuzlu, Çalıkobası and the Çiçekli Hydroelectric Power Plants.

These plants, which have a combined installed capacity of 178 megawatts, would be taken over from the Privatization Administration in the second half of the year.

Meanwhile, TL 450 million of the total investment was planned to be used in solar energy plants, while TL 200 million was allocated for wind energy.

The holding currently has a renewable energy capacity of 204.1 megawatts, including 16.6 megawatts of solar energy. While a solar energy project generating 80 megawatts of power is undergoing installation and licensing phase at the moment.

Renewable energy goals at a glance

Turkey is rich in terms of opportunities in renewable energy, namely, hydro, wind, solar, geothermal and others. The country encourages policies backed by favorable feed-in tariffs. The government has made it a priority to increase the share of renewable sources in the country's total installed power to a remarkable 30 percent by 2023, while taking on board the energy efficiency concept by enacting laws that set forth principles for saving energy, at both individual and corporate levels, as well as by providing incentives to energy efficiency investments.

Concentrating on a sustainable environment by resorting to renewable resources is accompanied by a number of measures and regulations that are either currently in effect, or will soon be in effect, including lowering carbon emissions, increasing generation/transmission efficiency and promoting the use of waste management technologies.

In line with the implementation of investor-friendly regulations and the high increase in demand, the Turkish energy sector is becoming more vibrant and competitive, attracting the attention of more investors for each component of the value chain in all energy subsectors.

The total investments required to meet Turkey's expected energy demand in 2023 is estimated to be around $110 billion, more than double the total amount invested in the last decade.

Turkey's ambitious vision for 2023, the centennial of the foundation of the Republic, envisages targets for the energy sector in Turkey, which according to the Investment Support and Promotion Agency of Turkey include the following:

Maximizing the use of hydropower

Increasing the installed capacity based on wind power to 20,000 MW

Installing power plants that will provide 1,000 MW of geothermal and 5,000 MW of solar energy

Extending the length of transmission lines to 60,717 kilometers

Extending the use of smart grids

Increasing the coal-fired installed capacity from the current level of 15.9 GW to 30 GW.
RELATED TOPICS