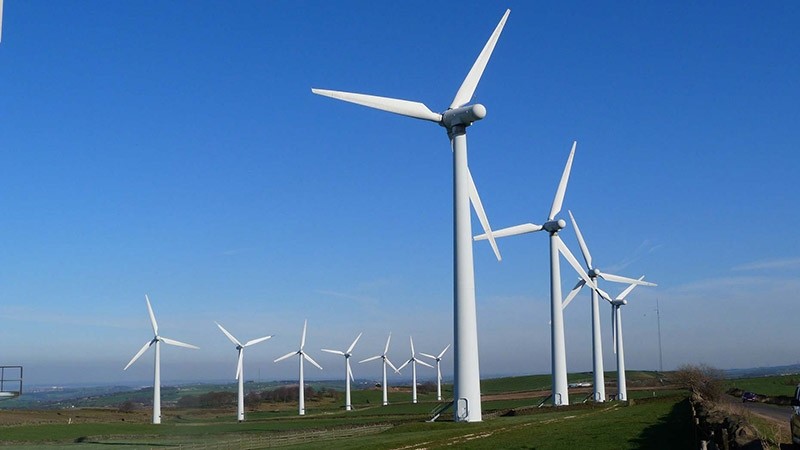 The Energy and Natural Resources Ministry has announced a new tender for a Wind Renewable Energy Resource Area (YEKA).

According to the ministry's official announcement published in the Official Gazette, the initial ceiling price of the tender was determined as 7.00 cents per kilowatt-hour (kWh) with a 15-year electricity purchasing period.

The purchasing period of the electricity will start from the date of signing of the YEKA Usage Rights Agreement.

Participants will compete for the allocation of wind power renewable energy resource areas, which will include wind power generation plants based on a total of 1,000 Megawatts of wind energy (MWe) that can be connected to the transmission and/or distribution system to be installed within the connection zones specified in the specification, and the use of the connection capacities determined for these areas.

Joint ventures and consortia established by one or more than one legal entity may apply to the tender. To participate in the tender, the participant will have to submit documentation of work experience showing the production of the main component of the Wind Turbine with a total power of minimum 2,000 MWe from Jan. 1, 2014 to Dec. 31, 2016 belonging to the technology supplier.

The applications will be handed over to the Energy and Natural Resources Ministry's General Directorate of Renewable Energy until 12 a.m. on July 27, 2017. Applications to be made to the administration after this date and time will not be evaluated. Examination of the applications will begin at 2 p.m. on the same date and at the same address while details will also be reviewed.

The administration will announce the venue, date and time of the tender to participants.

In late March, Turkey held a tender for the Karapınar Renewable Energy Resource Area to be founded in the Central Anatolian city of Konya and a consortium of Turkish and South Korean companies won the tender with a $1.3-billion investment. Poised to be the world's largest plant with a 1,000 megawatt (MW) photovoltaic solar power generation, Karapınar, which will be constructed on a nearly 2,000-hectare area, will produce 1.7 billion kWh of electricity, which is enough to be used in 600,000 houses.

Speaking to tender participants and the press following the tender, Energy and Natural Resources Minister Berat Albayrak defined this solar power plant project as a "mega project" saying that the ministry has spent a lot of time working on it. Stating that a very important step has been taken in solar energy, which serves as a critical intersection in renewable energies, Albayrak said, "We have taken an important step in order to realize a project that will shed light on the future period of the country with a tender model and a strategy that will develop Turkey's capacity to export both cheaper and better quality and latest technologies from its domestic resources.

Moreover, concentrating on a sustainable environment by resorting to renewable resources comes with a number of measures and regulations that are either currently in effect, or will soon be in effect, including lowering carbon emissions, increasing generation/transmission efficiency and promoting the use of waste management technologies.

In line with the implementation of investor-friendly regulations and the high increase in demand, the Turkish energy sector is becoming more vibrant and competitive, attracting the attention of investors for each component of the value chain in all energy sub-sectors.

The total amount of investments required to meet Turkey's expected energy demand in 2023 is estimated to be around $110 billion, more than double the total amount invested in the last decade.