$1.2 billion wind power to blow across 7 regions in Turkey 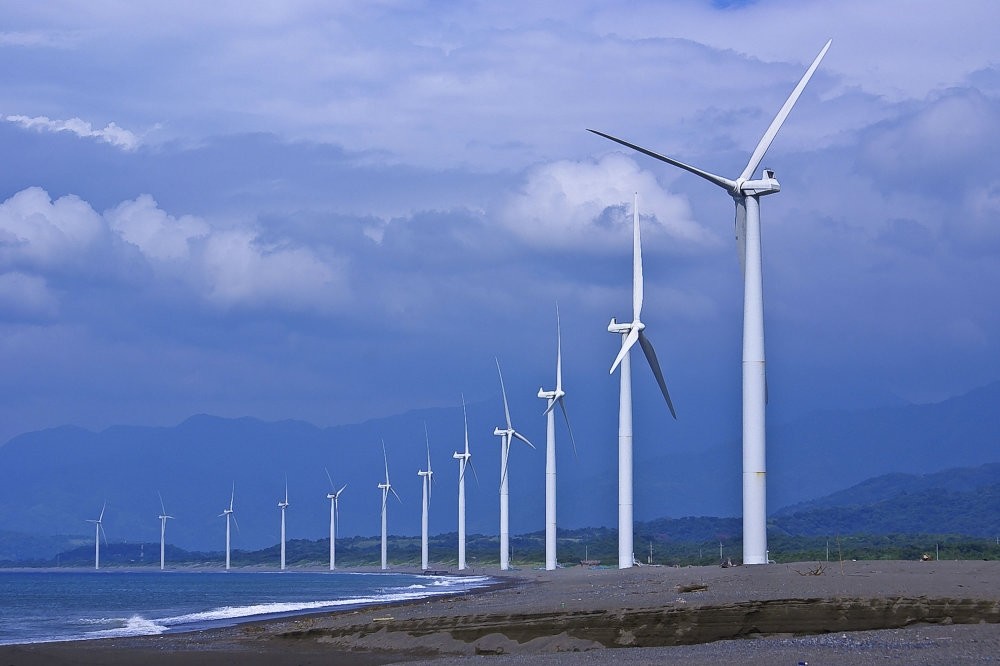 Final bids for the Wind Power Renewable Energ Area prject will be submitted until 27 July to the Energy and Natural Resources Ministry's General Directorate of Renewable Energy.
by Daily Sabah Apr 15, 2017 12:00 am

As part of Turkey's latest renewable energy project, a series of wind power plants will be built with an investment of $1.2 billion in seven regions across Turkey. They will have an installed capacity of 1,000 MW

The Energy and Natural Resources Ministry is expected to make an investment of approximately $1-to-1.2 billion through the Wind Power Renewable Energy Resource Areas (YEKA) project, following the announcement that its final proposals will be submitted on July 27.

The company that will win the tender must construct a 280-megawatt (MW) capacity plant in the Edirne-Kırklareli-Tekirdağ region according to the supply-and-demand balance, while also selecting areas from within that region for the establishment of wind power with a capacity of 1,000 MWs.

According to data compiled from the Specification on YEKA project, the Wind YEKA turbine to be used will have a total capacity of 1,000 MWs and a 65 percent locality rate will be provided in addition to components related with localized requirements.

Companies that have produced 2,000 MWs in wind turbines in the last three years and achieved a total sales net income of TL 300 million ($81 million) or total net assets worth TL 100 million in the last three years are eligible to participate in the tender. The date of the tender, which will be held as an open auction, will be announced at least three days prior to the event, after the commission completes the examination of all application documents.

Turbine plant to be established

The winning company will be able to build the factory anywhere in Turkey and at least 65 percent of the plant will be built through a domestically produced equipment supply chain. The plant to be established will have the capacity to produce at least 150 turbines per year. The minimum capacity of each turbine to be produced will be 2.3 MWs. Of the 33 main components of each wind turbine, 10-to-13 will be compulsory and the remaining components will be manufactured with domestic resources.

The company will not be required to produce all project-related equipment on-site. In the scope of the project, the supply chain, which will affect 40-to-50 different business lines in Turkey, will also be in question.

The winning company must have a domestic employment rate of 90 percent in factory establishment and operation and 80 percent in research and development (R&D) activities. While the factory must be built within 21 months of the signing of the contract, the wind turbines required for the said 1,000 MWs will be completed within 36 months of receiving the licensing.

The license period will be subject to the legislation drafted by the Energy Market Regulatory Authority (EMRA) and will not be less than 30 years. The energy sales contract will be signed for 15 years.

Among seven regions of selection, Thrace is compulsory

The winner of the tender will choose the areas where the 1,000 MW-capacity turbines will be established in the regions where a total of 700 megawatt power plants are allowed to be built in each. Prioritizing regional needs in terms of the supply-demand balance, the winning firm will have to establish a plant of at least 280 MW capacity in the Edirne-Kırklareli-Tekirdağ region.

The project, which is estimated to cost about $1-1.2 billion in total, is expected to attract a large number of international companies, including the top 10 wind turbine producers in the world.

A first in Turkey with 'open innovation'

The winning company will employ 50 permanent staff in the R&D center which will operate under an annual budget of $5 million for 10 subsequent years.

"Open innovation" will be achieved with the wind YEKA project which will reveal a new approach to R&D. The winner will be able to support startup projects in the technology centers of universities, in clustering and incubation centers with 20 percent of the R&D annual budget within the scope of "open innovation."