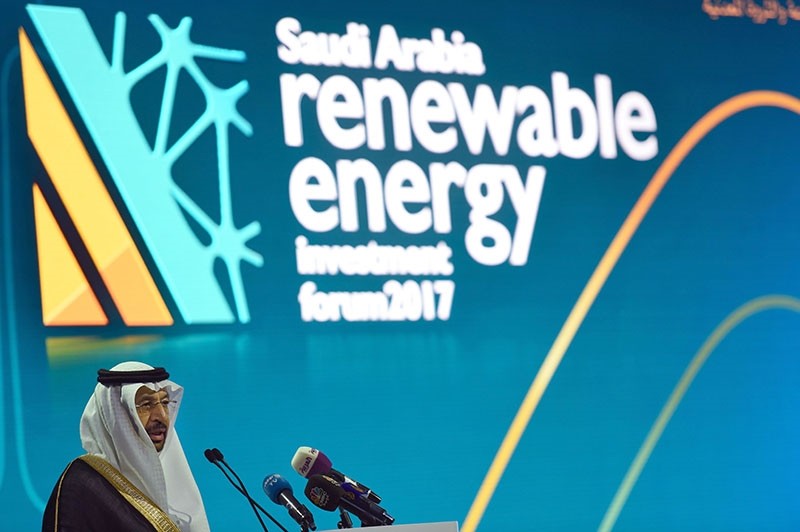 Saudi Arabia wants 10 percent of its electricity to come from renewable sources within six years as part of a transformation in its power sector, the energy minister said Monday.

At a forum seeking investment in the sector, he announced "30 projects to be implemented" in order to reach a goal of about 10 gigawatts of renewable energy production early next decade.

Virtually all of the kingdom's domestic power currently comes from crude, refined oil or natural gas.

But as part of an economic reform plan to wean the kingdom off oil, the government has embarked on what Falih called an "ambitious" renewables program featuring solar and wind power.

He has said the projects could cost between $30 billion and $50 billion.

"The percentage of renewable energy by 2023 will represent 10 percent of the total electricity of the kingdom," he said at the start of the Saudi Arabia Renewable Energy Investment Forum.

"We are seeking for the kingdom, in the medium term, to become a nation that develops, manufactures and exports the advanced technologies of renewable energy production," he said.

"This is really transformational," he said, suggesting that the changes coming to the kingdom's energy sector will be as significant as the discovery of oil in the 1930s.

"You're really talking about a significant socio-economic transition that's going to take place" over the next decade or two.

Falih said the energy sector is being completely restructured to include an autonomous board of regulators, and with privatized generation capacity.

He formally opened bids on the first 300-megawatt solar plant under the renewables plan.

The government has shortlisted 51 firms, most of them from abroad, for bidding on that plant and a 400-megawatt wind farm.

Another wind project will be launched in the fourth quarter of this year, followed by more solar projects, he told hundreds of delegates.