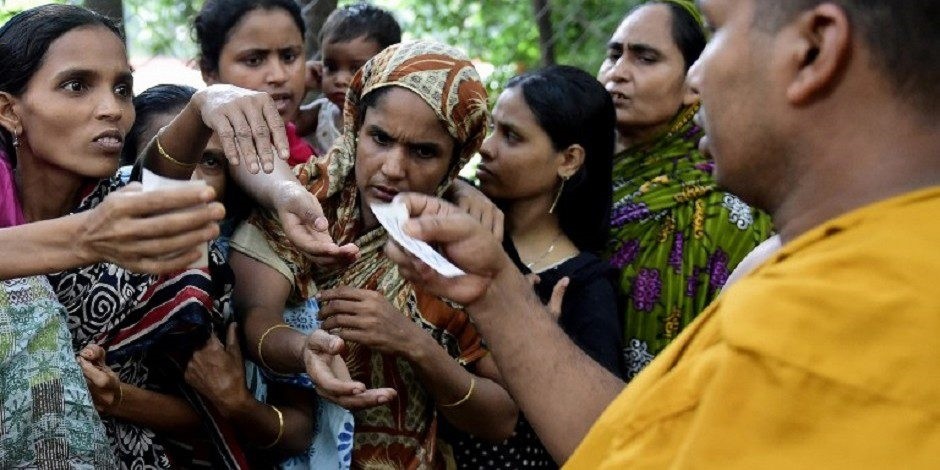 Bangladesh plans to begin turning some of the grain it produces into ethanol to make its fuel greener - but economists and experts warn the move could hurt food security in a country that is already a grain importer. Energy ministry officials said in a gazette notification early this year that the country will begin using maize, broken rice grains and molasses to produce ethanol to mix with petrol fuel at a 5 percent ratio. But in a heavily populated country that produces relatively little in the way of climate-changing emissions and that already relies on imports of maize and other grains, the result could be rising food prices, especially for the poor, economists, business leaders and environmental experts warned.

Moshiur Rahman, who convenes the Bangladesh Poultry Industries Coordination Committee, called the move to begin using grain for fuel "suicidal". Much of Bangladesh's maize is used to feed animals, including chickens. But the country grows only half of the maize it needs, importing the rest from the United States and Brazil, he said, which means rising demand could mean rising prices.

"Maize prices will go up if it is used for ethanol production. The price of eggs and chicken will go beyond the reach of common people," Rahman warned. He said growing concerns about food security have led other countries - including China - to stop giving permission for new biofuel projects.

According to a study by Bangladesh's energy ministry, the country could produce 18 million liters of ethanol a year, or about 75,000 liters each working day. That would require 60,000 tons of broken rice each year - about 3.5 percent of the country's total production. Alternately the county could produce the ethanol with 62,000 tons of maize (2.8 percent of production) or 97,000 tons of molasses (nearly all of the country's production). The study warned that if the government scales up ethanol production beyond those levels, it will raise demand for grain to the point that it could hurt food security. That is a particular worry in a low-lying country that faces severe climate change threats, including loss of crops and crop land to worsening salt-water intrusion, droughts, floods, storms, sea level rise and erosion.

Already many people face daily hunger and can manage meals only once or twice a day, experts say.