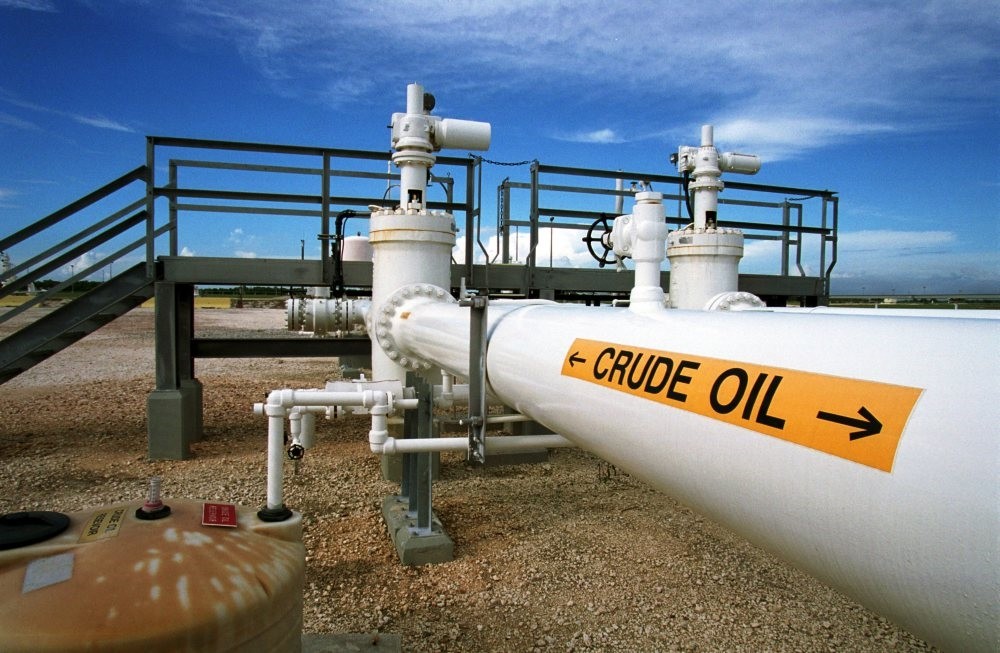 by Daily Sabah with Wires May 16, 2017 12:00 am
The world's biggest oil producers Russia and Saudi Arabia on Monday called for the extension of an output reduction deal ahead of an OPEC meeting later this month.

"To underscore the determination of oil producers to ensure market stability, predictability and sustainable development, the joint actions of participating producers should be extended by nine months, through March 31, 2018," the countries said in a joint statement published Monday by Russia's Energy Ministry.

The statement added that Russian Energy Minister Alexander Novak and his Saudi counterpart Khalid Al-Falih, who met in Beijing on Monday, had "agreed to do whatever it takes to achieve the desired goal of stabilizing the market and reducing commercial oil inventories to their average five-year level."

The ministers will consult with other oil-producing countries with "the goal of reaching a full consensus on the nine-month extension" they are seeking, the statement said.

OPEC members agreed in November to cut production by 1.2 million barrels per day for six months, beginning from the start of the year, in a bid to reduce the glut of oil supply and to shore up prices.

The move was partly matched by non-cartel producers led by Russia.

OPEC is set to convene on May 25 in a meeting where OPEC members and Russia are expected to roll over an agreement to cut production.

Russian President Vladimir Putin said on Monday that extending oil output cuts for a further nine months was the right thing to do to ensure stable oil prices.

At a news briefing in Beijing, where he is attending an international conference, Putin was asked how confident he was that the agreement between Russia and Saudi Arabia would bring stability to world oil prices.

"I think the prospects are good. I feel optimism because our main partner in this process, and our main partner without doubt is Saudi Arabia, has fully implemented all the agreements that took place up to now, and secondly, Saudi Arabia wants to maintain stable and fair prices for oil."

"Thirdly, I think it's right that the decision was taken not for two or three or four months but for nine months, to the middle of next year. That is the main condition for stability," Putin said.

"I very recently, there's no secret in this, met behind closed doors all the leaders of our biggest oil and gas companies, along with the energy minister. We discussed this theme, and we supported such a proposal."

Global energy agencies, including Opec's own research arm, still believe the oil market will rebalance in the second half of 2017, assuming production does not rise further. But Libya and Nigeria, which have been exempt from output cuts and whose production is set to recover in coming months after disruptions, present a risk to the existing agreement.

Following the the decision, oil hit a three-week high after top exporter Saudi Arabia and Russia said supply cuts needed to last into 2018, a step towards extending an OPEC-led deal to support prices for longer than originally agreed.