US aims to dethrone Qatar with LNG war 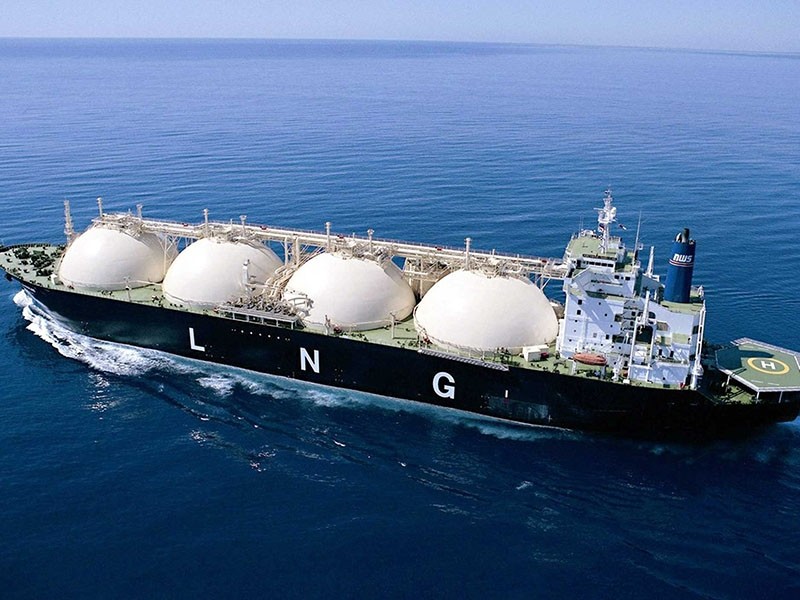 The U.S. is expected to 'dethrone' Qatar, the biggest global LNG exporter, with its 30 planned LNG terminals and with six more under construction.

Qatar's total capacity of 77 million tons of LNG is distributed as follows:

The U.S. appears to be the strongest challenger to Qatar's LNG leadership in the near term, with annual LNG exports in 2015 totaling 330 thousand tons.

The U.S. aims to take a more active role in Asia in the mid-term with plans to invest in LNG terminals, with anticipated completion dates between 2018 and 2024.

It is anticipated that the U.S.' targeting of Asian and Latin American markets through its planned projects will displace Qatar from its position as the world's LNG leader.

Currently, Australia is the second largest LNG seller worldwide. The country, which has a total export capacity of 32.8 million tons of LNG, has five terminals under construction and eight planned terminal projects.

The total capacity of the planned investments is 63.8 million tons, and when combined with the current capacity, Australia could surpass Qatar in the mid-term.

Russia, which is the global leading seller of natural gas, sells the most pipelined gas and is also trying to adapt to the dominant LNG trend in energy markets.

The Yamal LNG is expected to be operational by 2018.

While the construction of the China-backed Yamal LNG terminal is ongoing, the combined capacity of the other three projects with Yamal will reach 46.5 million tons in the mid-term.

Russia's Novatek holds a 50.1 percent share in the Yamal LNG project while Total and China's CNPC each hold a 20 percent stake while the Chinese Silk Road Fund has a 9.9 percent share interest.

Due to international sanctions, Iran was unable to realize its previously planned LNG terminal projects, but it now wants to have a share in the LNG market.

Currently, Iran does not have an operational LNG terminal, but previously the country had plans for four LNG terminals. Due to the sanctions, the construction of the Iran LNG terminal was suspended.

In the meantime, Qatar is pursuing business alliance opportunities with Iran in the natural gas field. However, the U.S.' re-targeting of Iran with the U.S. Senate proceeding with a sanctions bill on the country on Wednesday, titled the Countering Iran's Destabilizing Activities Act of 2017 is destined to create serious obstacles to this collaboration.

Five Arab states, including Saudi Arabia, severed diplomatic ties with Doha on Monday, accusing it of supporting terrorism in the region.