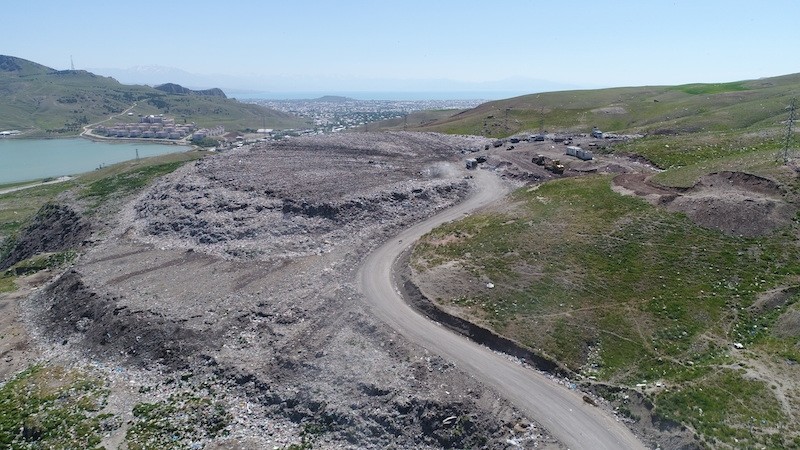 The municipality in Turkey's eastern Van province has decided to clean up a waste depot and turn its contents into renewable energy.

The waste depot is located on the Van-Özalp road that carries many tourists from Iran, prompting the municipality to clean up the area to create a better impression on the visitors.

A strong smell and the gradual spread of the waste across the area also worried residents of the Bostaniçi and Beyüzümü neighborhoods as the waste was beginning to contaminate the nearby Lake Sıhke.

Rather than simply moving the waste to another location, municipality officials developed a plan to eliminate it altogether, while adding to the city's electric grid.

The municipality will first transport the waste to a facility further from Van city, where methane gas will be extracted from the waste to provide fuel for electricity production.

Then the former waste area near the city will then be covered with solar panels to add an extra boost to the city's electric grid.

In light of increased environmental discourse and the global movement away from fossil fuels, Turkey has begun to focus on renewable energy.

The government announced in May that it had raised the amount of support paid for electricity produced under its Renewable Energy Resources Support Mechanism (YEKDEM) in April by TL 587.5 million ($163.34 million), compared to the same month last year, reaching a total of TL 1.7 billion ($480 million).