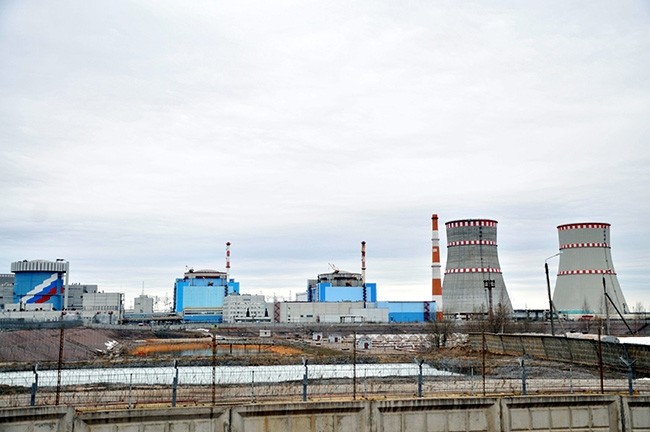 Under the agreement signed on the sidelines of the IX International Forum ATOMEXPO 2017 in Moscow, members of the Cengiz-Kolin-Kalyon (CKK) consortium will each hold an equal share of 16.3 percent.

"We said that we may sign an agreement on the sidelines of today's forum. These are not potential [investors] anymore, these are real, these are the three largest construction holdings in Turkey; Cengiz Holding, Kolin and Kalyon. A consortium of these three companies will buy 49 percent of our Akkuyu company. It will happen tonight," head of debt financing and investments department at Rusatom Energy International Anastasiya Polovinkina was quoted as saying by Russian information agency Rambler News Service (RNS).

Polovinkina added that the remaining 51 percent of the shares would be held by Russian companies.

She also said that the construction of Akkuyu will be funded with investments from export credit agencies, as well as through commercial loans from banks. Commercial bank loans would be mostly spent on construction and installation works.

According to Russian President Vladimir Putin, Russia would invest a total of $22 billion in the Akkuyu project.

The first deputy head of Rosatom Kirill Komarov said that the state-run company planned to launch the first unit of the Akkuyu nuclear power plant in 2023.

"If everything goes well, we are going to launch the first bloc in 2023, on the 100th anniversary of the Republic of Turkey," Komarov said.

Meanwhile, staff members for the nuclear plant will undergo training to work on nuclear projects launched and accelerated by Energy and Natural Resources Minister Berat Albayrak, amid efforts to end Turkey's dependence on foreign energy.

15,000 intermediate staff members who will work in the nuclear facilities will be trained at a school that will open in the 1st Organized Industrial Zone (OSB) in Ankara. Staff training will be completed by 2023, when the first phase of the Akkuyu nuclear power plant will be put into use.

Nedim Durukan, chairman of the Ankara Chamber of Industry's (ASO) OSB indicated that by investing in nuclear power plants, Turkey will require around 15,000 members of a trained labor force to work, saying that after purchasing a new factory building, the ASO has converted it into a training facility.

Durukan, who also evaluated the responsibilities of the ASO in regards to nuclear energy, said: "When nuclear energy becomes operational, it will have a positive impact of around $8 billion on the OSB, as all material production and requirements to meet the needs throughout production will be conducted in our region. Ankara is competent in this regard and we have very reputable factories. We trust ourselves regarding this matter."

Emphasizing that the ASO will provide certification training services to intermediate staff members who will work on the development of nuclear energy, saying the proposed building will be operational in three to four months and that training will begin as soon as possible.

The Akkuyu Nuclear Power Plant, worth $20 billion and featuring four reactors, will have an installed capacity of 4,800 megawatts (MWs) and a working lifetime of 8,000 hours per year. Once operational, the plant is estimated to meet between 6-7 percent of Turkey's electricity demand.

"Although the first unit of the power plant had planned to begin operations in 2025, the Akkuyu Nuclear Company has announced that it will start generating electricity on Oct.2 29, 2023, on the centennial anniversary of the Turkish Republic," the EMRA's statement added.

The project has repeatedly run into delays; including being briefly halted after Turkey downed a Russian jet near the Syrian border in November 2015. Ties between the two countries have since normalized and work on the plant has resumed.

Turkey's second nuclear power plant will be built by a French-Japanese consortium in Sinop, a province near the coast of the Black Sea.

Dependent on imports for almost all of its energy, Turkey has embarked on an ambitious nuclear program, commissioning Rosatom in 2013 to build four 1,200-megawatt (MW) reactors.

As Turkey's energy imports cost around $50 billion annually and its national demand is among the fastest-growing in Europe, Ankara wants at least 5 percent of its electricity to be generated by nuclear energy in under a decade, cutting dependency on natural gas largely bought from Russia.