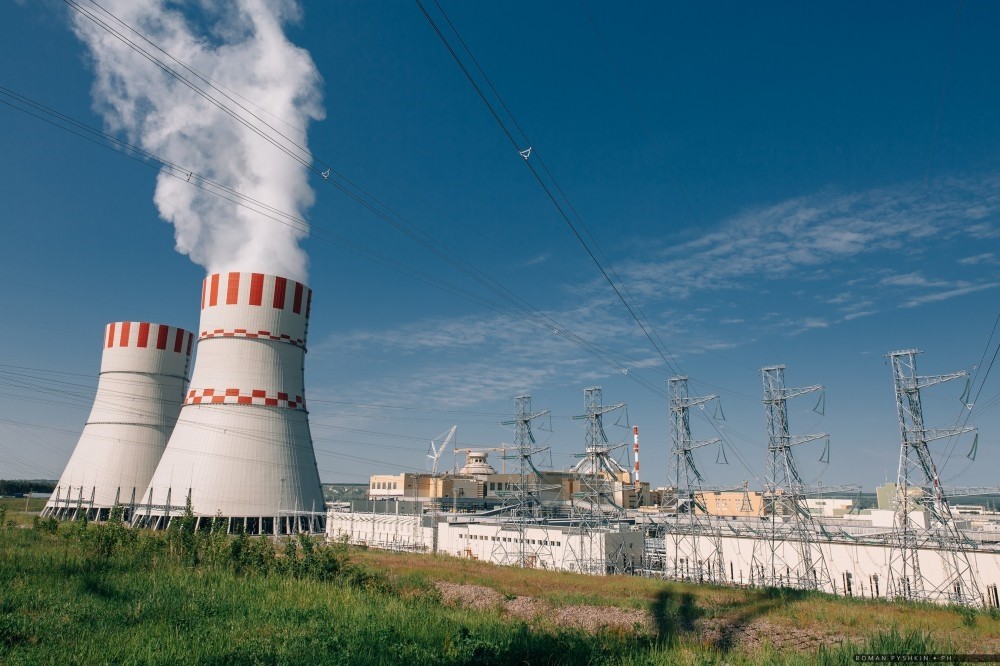 The Akkuyu Nuclear Power Plant will be like the Russian nuclear power plant in Novovoronej, Russia.
by Daily Sabah with AA
Jun 30, 2017 12:00 am

As Turkey and Russia continue to strengthen their collaboration in the energy field, companies from both countries engage in partnership projects like the Akkuyu Nuclear Power plant in southern Turkey with equal management terms that could benefit both countries

A Turkish consortium of construction companies known as Cengiz-Kalyon-Kolin (CKK) recently purchased 49 percent of the Akkuyu Nuclear Power Plant project from Russian state-owned nuclear power company Rosatom. The deal was construed as an important step to further advance the energy collaboration between Turkey and Russia. The partner companies Rosatom and CKK also see it as an opportunity to cooperate as they aim to run the project equal partners.

The aim was to sign the partnership agreement as early as October or November.

"Even though Cengiz-Kolin-Kalyon [CKK] is a minority shareholder at Akkuyu with a 49 percent stake, our target is to have equal weight with our Russian partners, especially on important issues like the management of the power plant," Ata told Anadolu Agency (AA).

Speaking of the preliminary protocol signed last week by the CKK with Rosatom to acquire a 49 percent stake at the Akkuyu NPP, Ata said: "If they sign the partnership agreement, the experience of Turkish partners in construction and energy investments will have a positive impact on the investment costs and schedule."

"We will also provide our share in terms of capital. This will be around 49 percent and the Russians will provide 51 percent. This does not end with capital only. It is also necessary to find loans and in the case of credit supply, the shareholders will assume responsibility in line with the percentage of their share," he said.

The investment cost of the plant is approximate $16 billion, excluding interest and other expenses, and it will reach about $19 million to $20 billion with interest, Ata added.

Pointing to the fact that they could also provide financing from countries that would supply equipment for Akkuyu, Ata said they will go to the Eximbank of those countries. For instance, if turbines were to be procured from Alstom, they will apply to French Eximbank sources.

"We will be able to meet financing needs from banks in supplier countries. We are negotiating partnership agreements in this context, and are aiming to sign it in October or November," Ata said.

The whole process will come into effect once the agreement is signed, he added.

Ata said that according to intergovernmental agreements, the Russians cannot go below 51 percent in the power plant, but in the partnership negotiations, it is possible to build a structure enabling both parties to have equal say in important issues that may affect company's profitability.

Stressing that they were about to assume the responsibility for investments up to $20 billion, together with their partners, Ata said, at this stage having equal weight in management is a reasonable expectation for an investment of this scale.

He also noted that after signing the partnership agreement and the Turkish government's approval, the CKK will make important contributions to accelerate the processes, adding that they plan to commission the first unit of the nuclear power plant in the centenary of the Turkish Republic in 2023, and the second unit in 2024.

Akkuyu to be earthquake-resistant

Vladimir Zarubaev, chief engineer at Novovoronezh II, the precedent of Akkuyu NPP in Russia, stated that all the necessary tests have been conducted in order to prevent Akkuyu NPP, which will be built in Mersin, from being damaged in the event of an earthquake.

"The technology to be used in Akkuyu is the best in Russia. Akkuyu NPP will be able to withstand magn

itude 9 earthquakes thanks to its specially designed structure," he said.

Zarubaev explained that the main components of the plant such as the reactors, turbines, automation, control systems and support units to be used in Akkuyu NPP will be the same as in Novovoronezh II, meaning they will employ the latest in Russia's nuclear technology.

Meanwhile, at the ceremony organized within the scope of the "IX International Nuclear Energy Forum ATOMEXPO" held in Moscow on June 19, a preliminary protocol was signed to ensure that Rosatom will transfer a 49-percent stake of the Akkuyu NPP to the CKK.

The deal has paved the way for the CKK to purchase Rosatom's stake in Akkuyu Nuclear AŞ. Under the agreement, members of the CKK consortium will each hold an equal share of 16.3 percent.

The first agreement on the Akkuyu NPP, Turkey's first nuclear power plant, was signed with Russia in 2010. The plant will consist of four reactors with an installed capacity of 4,800 megawatts, and the first part of the plant, which will cost about $20 billion, will be operational by 2023.

Karapınar YEKA to be completed in 2020

"The time given to us to start production at the plant was 21 months, but we will finish sooner," Ata said.

He added that they expected the solar farm to cost $400 million and the plant to cost $1 billion, in this joint project with South Korea's Hanwha Group. The holding will thus be able to apply for Eximbank sources for investment in the project.

Claiming that the Kalyon Holding wants to increase production capacities at the project, Ata said, "We are interested in solar energy YEKA tenders to be held from now on. We aim to increase bo

Noting that they were also prepared for YEKA tender's related to wind power that will be finalized on July 27, Ata said, "We are trying to participate in wind YEKA tender as a consortium with Siemens and Türkerler Holding. We hope to complete the related cooperation agreements soon."

The date of the bidding will be announced after the last bids are submitted next month.

The winning bidder will be able to choose from the determined regions to build wind farms with a total capacity of 1,000 megawatts, including 200 megawatts in Kayseri-Niğde, 200 in Sivas, 700 in Edirne-Kırklareli-Tekirdağ, 200 in Ankara-Çankırı-Kırıkkale, 150 in Bilecik-Kütahya-Eskişehir, 150 in Malatya, and another 100 megawatts in Burdur-Denizli-Uşak.